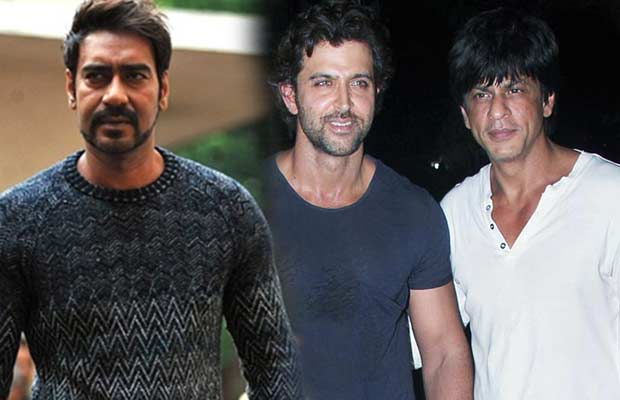 [tps_footer]Ajay Devgn surely does not want to take any chance with his most beloved project ‘Baadshaho’. It was reported earlier that ‘Baadshaho’ might clash with Shah Rukh Khan’s ‘Raees’. Moreover, Hrithik Roshan’s ‘Kaabil’ was also going to clash with the two stated films.

The release date of ‘Baadshaho’, ‘Raees’ and ‘Kaabil’ was going to be same and three films were going to battle out at the box office. Though it is interesting to see big movies clashing on the box office, it is surely not very fruitful for the business.

Shah Rukh Khan postponed the release of ‘Raees’ to avoid a clash with Salman Khan’s ‘Sultan’. Likewise, Ajay Devgn has now made the first move and has shifted the release of ‘Baadshaho’ to May 12, 2017. In order to avoid the unnecessary clash, the makers of the film have taken this decision.

It is reported that Ritesh Sidhwani and Rakesh Roshan (producers of two other films) requested Bhushan to push the dates of the film. The matter was discussed and the new release date was decided.

Ajay Devgn’s ‘Baadshaho’ also stars actors Emraan Hashmi and Vidyut Jamwal in main leads. The film will go on floors in August. The major part of the film will be shot in Rajasthan. Now whether Shah Rukh Khan or Hrithik Roshan either of the two back out from the same release date or no is yet to be seen. [/tps_footer]