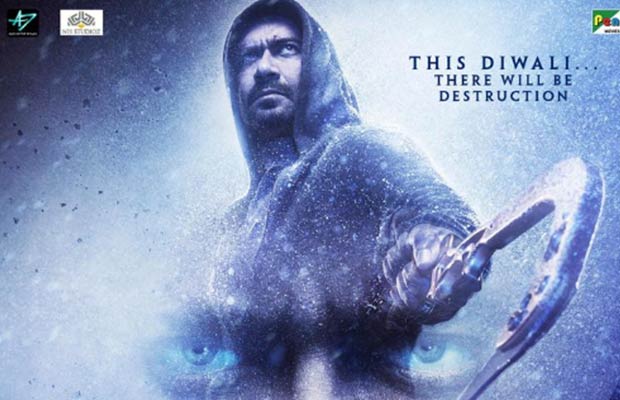 We all are very excited for Ajay Devgn’s upcoming film Shivaay. Shivaay is his own direction. He is also the producer of the same. Well, the posters he released early looked quite stirring. The trailer of the film will be out on August 7. Well, before the trailer Ajay reveals another poster of Shivaay and it is very thrilling.

The poster has Ajay’s angered face and it looks damn scary. It has some text on it that says, ‘This Diwali… There Will Be Destruction’. Well, we are hell excited for the trailer after looking at such terrifying poster. The actor took to his Twitter to share the new poster of Shivaay.

3 Days To Shivaay Trailer. Can't wait to share with you all on 7th August. pic.twitter.com/40WGc6FfMY

Shivaay will be Ajay’s second directorial after U, Me Aur Hum. The film also stars Sayyeshaa Saigal in the lead role. Shivaay will hit the screens on October 28. The film will clash Karan Johar’s Ae Dil Hai Mushkil that stars Aishwarya Rai Bachchan, Ranbir Kapoor, Anushka Sharma, and Fawad Khan in titular roles. Well, fans are looking forward to both the films. Seems like there will be another interesting clash at the box office.