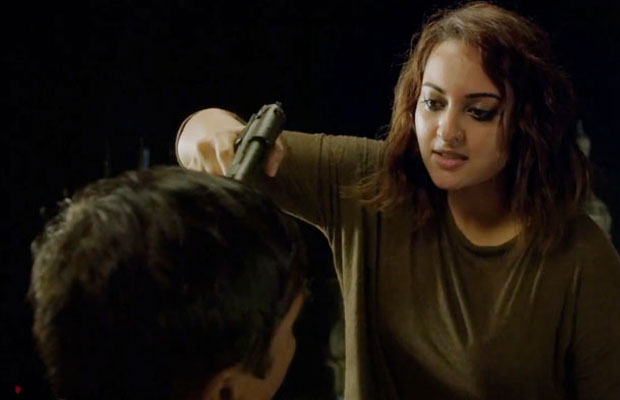 [tps_footer]Sonakshi Sinha who is gearing up for her release of Akira will be surprising us by lending her voice for a song in the film. This will be the second time we will hear Sonakshi’s voice. Last year she made her debut into singing with a song titled Ishqaholic. And the song did amaze us with her beautiful voice and now we are waiting for her second song which is said to be a promotional song for the film Akira. The lyrics of the song which will be sung by the actress are – Hai Ranjishein Tere Mere Darmiyaan Zindagi, Gunjayishein Samjhoton ki Dur Tak Dikhti Nahi. Seems like an emotional track.

Reportedly, this song will release next week. Sonakshi was quoted saying that the song expresses rage about how she will not stay silent and will fight back. And it is just the kind of song she wanted to sing.

Akira’s trailer which was released last month showcase a power-packed performance by Sonakshi Sinha and she has already gained much popularity by updating her whereabouts through Snapchat. Audiences are too excited to see their Bubbly Sonakshi Sinha in an action avatar.

Dircted by A.R. Murugadoss and produced by Fox Star Studios starring Sonakshi Sinha , Anurag Kashyap and Konkona Sen Sharma in the lead will hit the silver screen on September 2, 2016.