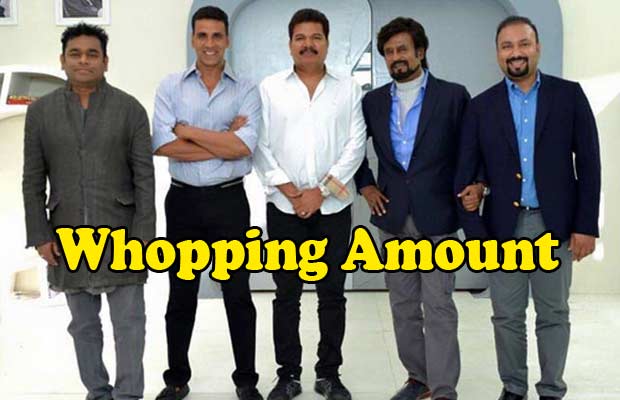 [tps_footer]Akshay Kumar, who played negative role in “Ajnabee” opposite Bipasha Basu and also starring Kareena Kapoor Khan and Bobby Deol in the lead, a multi starrer dhamaka at the box office and another hit for the director-producer duo Abbas-Mastan and had won so many hearts and awards for Akshay Kumar‘s action and acting skills. And now Khiladi Kumar is all set to play a negative role again. Yes, Handsome hunk will play a big baddie opposite Rajnikanth, I wonder, what the stunts will be like in this movie if these two are opposite eachother. Jackie Chan watch out !!

Akshay got a lot of critical acclaim and a good box office result for his performances in movies like Baby and Airlift, which released very recently. Now he is heading towards the South industry to spread the charm of being a Khiladi which we have witnessed over the years and his charm continues to grow every passing year.

Akshay will share the screen space with Rajnikant in “Enthiran 2.0” a.k.a “Robot 2” directed by Shanmugam Shankar, where Rajnikant will play the role of the scientist who created Chitti and Akshay Kumar will add more Action and Stunts by playing the negative role. He already showed his undeniable excitement and here is what he had said about working with one of the most respected and loved Super Star Rajnikant. Akshay said “I feel like I am on top of the world. It’s alright getting kicked and punched. I have done that all my life. It is great to be punched by a superhero like Rajinikanth,”

After working with Akshay in “Singh is Bling” now Amy Jackson will be seen working in this movie as well. Wonder, if their friendship has a role to play in Amy Jackson bagging the role in such a big banner movie opposite Rajnikant. We will surely keep a close watch on such a close friendship. It’s not revealed yet, if Amy will also have action sequences or will she only add glamour in the movie.

Right now, “Robot 2” is making headlines for the latest news that is setting a new record for spending reportedly, 20 crores for just one action sequences. Wonder what Chitti did this time that costed so much to the producers and what will it look like on screen. So is this movie going to be like “Ek Chitti bhi Khiladi pe bhaari padh sakti hain” ?? or will the baddie played by Akki, find a way to escape supernatural actions performed by Chitti, it’s Rajnikant after all, even mosquitoes are afraid of him, forget about humans. Even mosquitoes just wish him goodnight and fly away without sipping his blood. Wahhh Thalaiva !!![/tps_footer]