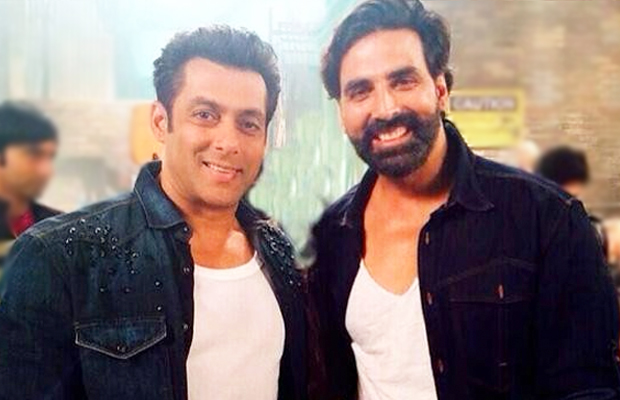 Akshay Kumar is the star of a yet untitled film which is being produced by Salman Khan and directed by the one and only Karan Johar in the year 2018.Both Akshay and Salman have worked together in films like “Jaanemann” and “Mujhse Shaadi karogi” , and individually worked with karan in “Brothers” and “Kuch kuch hota hai“.

Akshay believes that Bollywood needs to evolve and all the A-Listers need to get together and produce the best of cinema . He is looking forward to more such collaborations in Bollywood.

The 49-year-old star, however did not share any further insights about the motion picture slated to release in 2018. “I can’t say anything as I my contract will get cancelled,” he added.

Hope this collaboration works well for all , Akshay , Salman and Karan.

Also Watch Video: Whoa! You Won’t Believe What Salman Khan Will Be Playing In His Next!