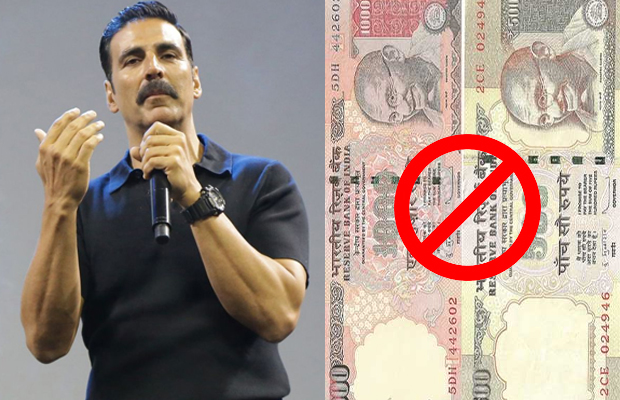 While the country is clearly suffering from the cash crisis emerging from demonetisation, our Bollywood’s action hero Akshay Kumar was also badly hit by this reform. He recently opened up on how Bollywood industry was hit hard by demonetisation.

He recently told a popular tabloid that he was also affected by it. Akki added, “Even my staff wasn’t able to go to the cinema on their usual Sundays off because they couldn’t spare 500 bucks. I can only imagine how hard it’s hit many areas of India.”

The Actor even commented, “Everyone has had to sacrifice for the greater good. The movies will recover, eventually. But hats off to those that were hit the hardest, yet handled it so brilliantly.”

We are proud how the actor supported the reform sportingly.