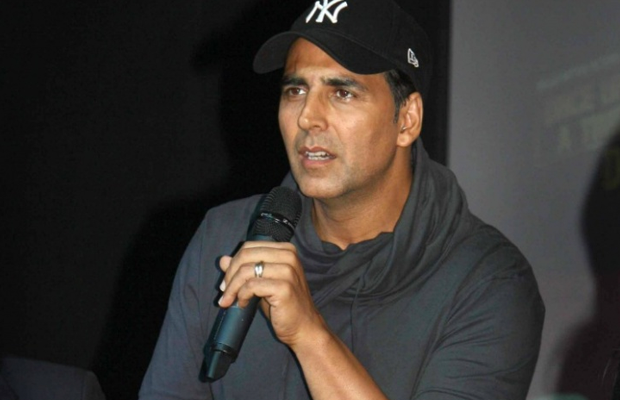 A person who is a Bollywood fan, must be knowing that Akshay Kumar’s real name is Rajiv Hari Om Bhatia. But the reason behind this decision was not known to anybody until recently the actor himself talked about it.

The Bollywood Khiladi, Akshay Kumar was in New Delhi for the promotions of his upcoming release Naam Shabana. According the reports of HT, in an interaction with one of his fans, the actor was asked upon the reason as to why he changed his original name.

The actor talked about it and revealed the actual reason behind such a big step. He said, “No one has ever asked me this question. My first film was Aaj (1987), which was directed by Mahesh Bhatt and starred Kumar Gaurav. The name of Gaurav’s character was Akshay. I had a 4.5-second role in it and I would only observe Gaurav and his acting. I don’t know what happened but one day I just went to the court and got my name changed,”

The Jolly LLB 2 actor also talked about how lucky the name has been for him saying, “I don’t know why I changed my name. I just went to the Bandra East court and got it done. Main kuch bhi nahi tha us time pe phir bhi maine visiting card banwaye. Then I went out to get work, time was in my favour, and I got films after that.”

Akshay is very busy on the workfront as he has multiple projects lined up for him. While his nearest release is Naam Shabana on 31st March, this year, his other films like Toilet: Ek Prem Katha, 2.0 and PadMan will also be hitting the screens this year.