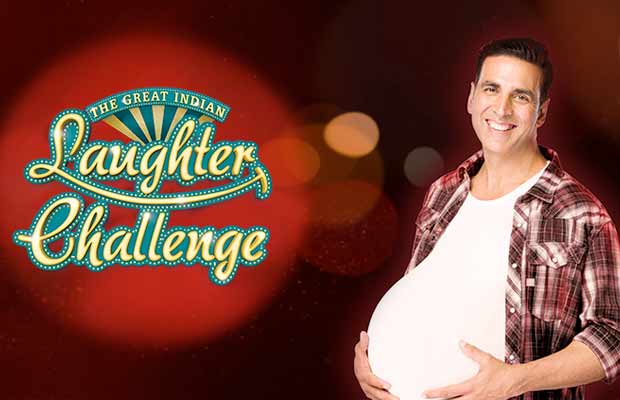 Akshay Kumar’s The Great Indian Laughter Challenge is going to air its finale on this weekend!

The popular standup comedy show The Great Indian Laughter Challenge has given the country some of the best comedians it could ever have. Names like Sunil Pal, Raju Shrivastava, Bharti Singh and Kapil Sharma have become famous due to this show. Currently, the fifth season of the show is going on and is being judged by Akshay Kumar.

This season of The Great Indian Laughter Challenge could not really impress the audience. But it has been in the limelight for some or the other reason.

Whether it is Akshay Kumar’s comment on Mallika Dua, the replacing of judges or the joke on PM Modi gone wrong, the show made many controversies. Earlier, Zakhir Khan, Mallika Dua and Hussain Dalal were the mentors along with Akki as the super judge. But after the actor’s controversy with Mallika, all three of them were replaced by Sajid Khan and Shreyas Talpade.

The finale episode of the show has already been shot yesterday on December 19. And it will be aired on this weekend. But the name of the winner has already been revealed in the media. According to a report of Telly Chakkar, Abhishek Walia of Punjab has won the show.

Talking about the finale episode, you will also get to see the newly married Bharti Singh as a guest. She had to even postpone her honeymoon for attending the shoot.

The comedienne told DNA, “You won’t believe it, but I have postponed my honeymoon to Europe for this show. I was supposed to leave on 17th, but because the shoot is on 19th, I cancelled my tickets and booked for 23rd. All the hotel and flight bookings had to be redone, but I have no complaints. I started as a contestant on the show and I am excited to go as a judge.”