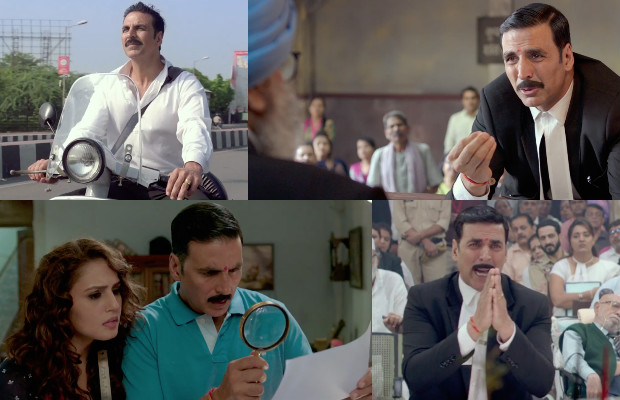 Akshay Kumar is excited about his lead role in Jolly LLB 2, the sequel to Subhash Kapoor‘s 2013 directorial.

The star of the story is, of course, Akshay who leaves you cracking with his one-liners.

The film has been directed by Subhash Kapoor and stars Huma Qureshi, Annu Kapoor, Manav Kaul and Saurabh Shukla in pivotal roles.

The actor feels that the character is inspired by Birbal, one of the nine gems of Emperor Akbar’s court. In fact, Akshay Kumar‘s connection with the historical figure goes back to his childhood. Back then, his father Hari Om Bhatia used to read out to him the stories of Akbar and Birbal.

As a young boy, the actor loved listening to tales of how the wise and quick-thinking royal advisor resolved issues with his intelligence, consequently bringing a smile to everyone’s faces and at the same time, also communicating a message through his actions.

Eventually, when Akshay Kumar heard about his role in the film, he was enthused about playing a character that embodies similar qualities as his bachpan ka hero.

Helmed by Fox Star Studios, ‘Jolly LLB’ sequel will see Akshay Kumar in the role of a lawyer. Reports claim that the Khiladi actor has asked the makers to pay him on per day basis. The highlight is that Akshay charges Rs.1 crore per day. The mind blowing star is known for completing his films in 40 to 45 days. The makers are now trying to wrap up the schedule as fast as possible because of Akshay’s massive per day fee.

If this is the case then Akshay Kumar only with his shooting fee might make the total of around 50 crore. ‘Jolly LLB 2′ is all set to hit the screens on February 10th, 2017. Well, we are still startled with Akshay Kumar’s hiked fee!

Audiences are looking forward to the sequel, as the first film was appreciated for its interesting plot, which was based on a real-life incident.