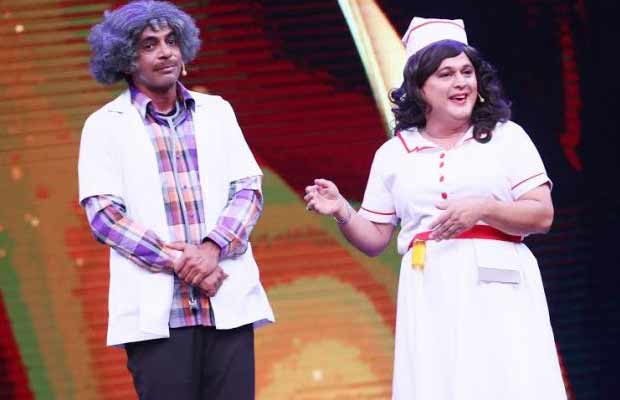 From posts on social media to giving interviews, these two co-stars of the popular comedy show, The Kapil Sharma Show, have kept everyone updated about their thoughts and feeling.

Recently, during an episode of Sabse Bada Kalakar, Ali Asgar joked about something, which was related to Sunil-Kapil mid-air fight. In a recent report, Sunil Grover who was dressed at Dr Mashoor Gulati and Ali Asgar as a nurse, Ali pulled Sunil’s leg. The plane incident was discussed and laughed upon. Ali was heard telling Sunil that he only fights in aeroplane. It was all said and done in fun.

For all those who don’t know what the story is all about, Kapil Sharma a few days ago had a mid-air brawl with his co-star Sunil Grover. It was when the comedy king was in a drunken state that he abused his co-star and even threatened to throw him out of the show. Kapil had verbally and physically abused Sunil and even threw a shoe at him. The two of them were returning from Melbourne when the fight took place.

Post the feud, along with Sunil Grover, Ali Asgar and Chandan Prabhakar too boycotted The Kapil Sharma Show.

Even after so many weeks, it seems that Kapil Sharma and Sunil Grover have no intentions of patching up.