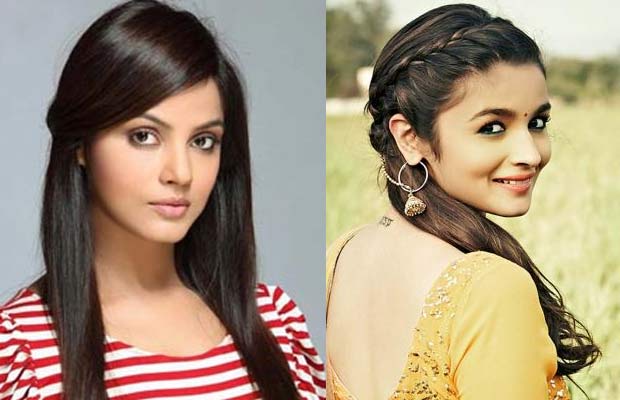 [tps_footer]Alia Bhatt is much in the limelight lately for her character in the film ‘Udta Punjab’. The actress who is always up to the mark in her characters has not only received compliments for her role but has also received criticisms. Alia will essay the role of a Bihari migrant in the film ‘Udta Punjab’. The film is based on the subject of substance abuse in the state of Punjab.

Directed by Abhishek Chaubey, the film has already unveiled its official trailer. The trailer sees the glimpse of all the characters in the film. Alia who will portray the role of a Bihari migrant is seen in rugged clothes in the glimpse. The actress has not only changed her get up but has also worked on her accent. It was said that the Highway actress has trained herself to fit into the shoes of her character.

Even after all the applauds, Alia had received an open letter recently wherein she was blamed for stereotyping the image of a Bihari. Yet again the actress has received a similar open letter. This time, the letter is from none other than actress Neetu Chandra.

Neetu Chandra in her letter has stated “It’s disturbing to see the way Biharis have been portrayed in Hindi cinema over the last few years, the recent example being Alia Bhatt’s character from Udta Punjab and from whatever one understands from the promo of the film, director Abhishek Chaubey is guilty of strengthening the stereotype of Biharis by creating Bhatt’s character the way it is, in Udta Punjab”.

Further in her letter, Neetu also mentions about the scenario of corruption mentioned in all films related to Bihar saying, “Unfortunately, almost all the films made by Prakash Jha, who also hails from Bihar, have always stereotyped Biharis showing them corrupt politicians, cops and gangsters and in his movies, Bihar was always exaggerated to be the most dangerous place to visit as his films showed only either kidnapping and robbery and murders not realising that he himself along with leading Bollywood actors (part of his films) are maligning the name of Bihar whose history has been the most richest in the world.”

Neetu Chandra in her open letter states, “The first educational university was set up in Rajgir, near Nalanda (Bihar) and several respected religions including Jainism, Buddhism and Sikhism roots have developed in Bihar. Visionaries and scholars like Rajendra Prasad (first President of Republic of India), Ustad Bismillah Khan (Shehnai maestro), Bhikhari Thakur, Vatsyayana, Gonu Jha, Kunwar Singh, Maulana Mazhrul Haq, Seewosagar Ramgoolam, Aryabhatt who invented zero among several hundreds of stalwarts of the world belong to Bihar,. So why none of the makers from Bihar and outside Bihar have ever made stories and films on these stories? Because they think that they will keep making fun of Biharis in their films and TV programs and no one will say anything against them.”

‘Udta Punjab’ directed by Abhishek Chaubey is all set to release on June 17th, 2016.[/tps_footer]