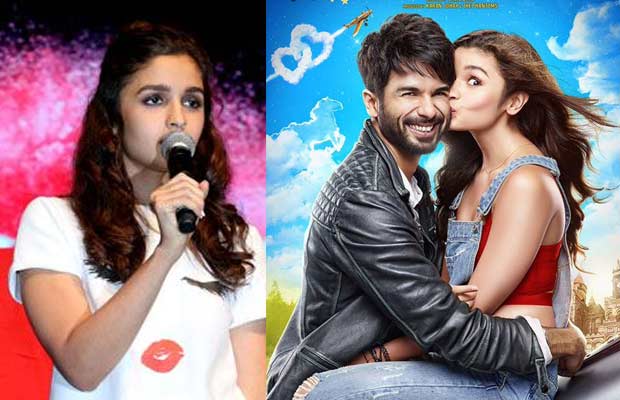 [tps_footer]Alia Bhatt recently faced a not so successful movie starring Shahid Kapoor and Pankaj Kapoor, Shaandaar which didn’t live up to the expectations and flopped. Unfortunately, sweet Alia had to taste her first unsuccessful movie. But that is a part of every actor director and producers career. It’s important to focus on the new opportunities and just move on with positivity.

That’s what even Alia is doing and is making a rapid progress. Just like her, all her fans and loved ones are also expecting a blockbuster hit from Alia soon, especially when Kapoor and Sons movie is so close to it’s release on 18th March but here is what she said about working in Shaandaar, “Yes, there were problems. But, I will not blame anyone either. I will take full responsibility for it. When I signed the film, I did it happily and I still have no regrets. Now it has happened, so it’s okay. Now I will work harder and move on,” Didn’t Alia just gave a shaandaar answer to a flop movie. Everyone rushes to get the credit for good work and success but what about the blame for a failure and a flop movie. Alia, we love you !!

After accepting the issues related to Shaandaar movie, Alia also stated that, “I was not happy, obviously. It was a clear no-show. If it’s not a good film, then it will not do well. I will not say we made a good film and it didn’t do well.”

Too honest !! Mostly people play the blame game but Alia is pretty chilled out on this case as she was chilled out on KRK‘s nasty tweet for her and thanked Sidharth Malhotra for making KRK shut up and argued with him on her behalf. That was really sweet !!

Right now, Alia is just full of excitement, expectations for a terrific response for her latest release under Dharma Production Kapoor and Sons starring Fawad Khan, Sidharth Malhotra, Rishi Kapoor, Rajat Kapoor and many more. She had recently revealed her attachment to Karan Johar and she said Kjo is just like father to her and she is more than happy to work in his movies again and again. And we are more than happy to see you on screen and off screen, especially when you be yourself and express your opinions boldly.

We wish you a lot of success Alia Bhatt ![/tps_footer]