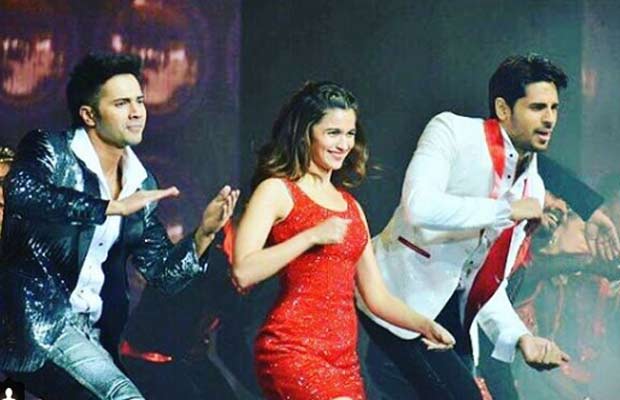 Alia Bhatt, Varun Dhawan, and Sidharth Malhotra made their debut in 2012 in super hit Student Of The Year. The trio looked extremely appealing, glamorous, and hot in the entire film. Despite SOTY being their debut film, their performance in the film in unforgettable.

Well, the trio is back together. If you are wondering it’s a film, well it is not! The trio recently performed on of their super hit song ‘Disco Deewane‘ from SOTY. We all know how the three rocked the entire song with their charm and graceful moves. The actors were performing on this peppy number at the Dream Tour. Isn’t is cute?

Alia took to her Instagram to share a pic from their stage performance. Her caption says, ‘A major déjà vu ‘

Well, we agree with you, Alia. It’s a Deja Vu for you and a nostalgia for us. The three of them look as dazzling as ever in this pic. We now are a bit upset that these three won’t be a part of the sequel to their 2012 hit. But, we can hope that they soon come together for another film in future. We want to see another love triangle between the three. And this time, it should be more intense and intimidating. Also, if the three ever do a film together, we want Varun to win the girl this time. What do you guys think? Do you want to see Alia, Sid, and Varun together in a film soon? Tell us your thoughts in the comment sections.