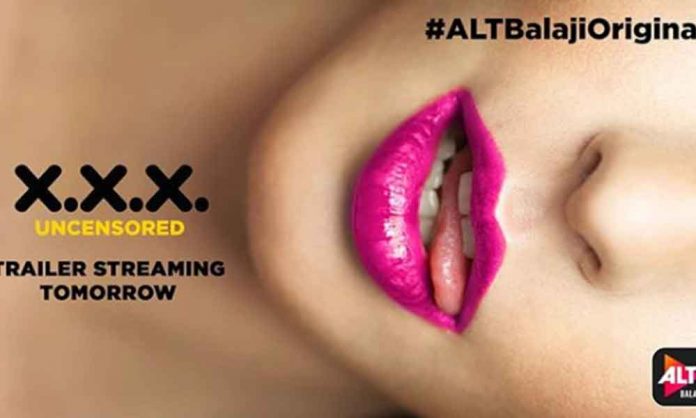 The upcoming web series by ALTBalaji titled ‘X.X.X. Uncensored’ is believed to be based on the life of a real-life television actress.

One of the five parts from the series featuring Aparna Sharma showcases the story of a television actress who attained fame owing to her two popular daily soaps. While the actress essayed roles of a sanskaari bahu on the small screen, her reel life comprised of a reputation of being with multiple men.

According to sources, the real-life actress reached out to Ken Ghosh and requested him not to showcase her story and avoid the reel character to resemble her.

The show which starts streaming today has already generated curiosity owing to the mid-night titbits and the latest news has definitely added to the curiosity.

The Trailer of the series giving a sneak peek into some jaw-dropping and pun intended dialogues along with popular actors in a never seen before avatar was an instant hit with youth. The excitement was further heightened when the makers released short videos from the series titled Midnight Titbits giving away further some steamy sequences.