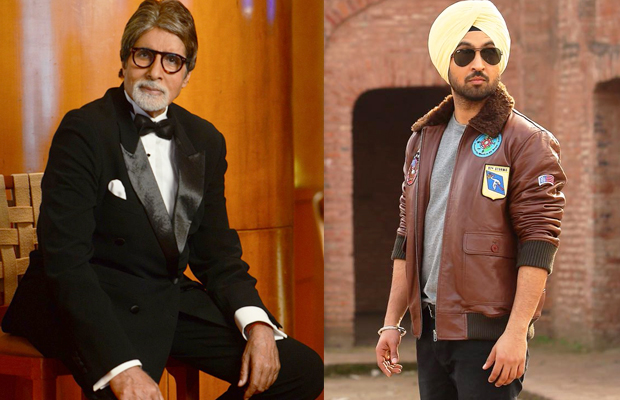 As this year ends, Amitabh Bachchan and Diljit Dosanjh talk about those eye opener moments/moving experiences.

Recently, as part of an interview, Amitabh Bachchan and Diljit Dosanjh were asked about one such role and experience with that film that was moving and stayed with them longer than the extent of the film shoot. Both shared the most heartfelt things about their respective roles in Pink and Punjab 1984 and it did shake them from within.

Amitabh Bachchan, who has been winning all awards this season for his powerful performance in Pink, said, “When I was asked to say those dialogues during the court room scene, I realized that this is what I would have said whether or not it was for a film. This is what I believe in. While Shoojit had asked me to perform that scene in a slightly different manner, I went with my flow because what was written was what I feel and think out side of the film as well.”

When asked Diljit about his moving cinematic experience, he said, “My film Punjab 1984 was a film i took longest to disconnect from. I was born in that year and I had heard stories from my elders about how Punjab suffered during that time. And when I was doing a film set in that time, I could feel what people must have gone through and how they must have suffered.”

From an iconic actor to a young actor known to wear his heart on his sleeve, both have surely given us a reason to think about our deeper and moving moments this new year.