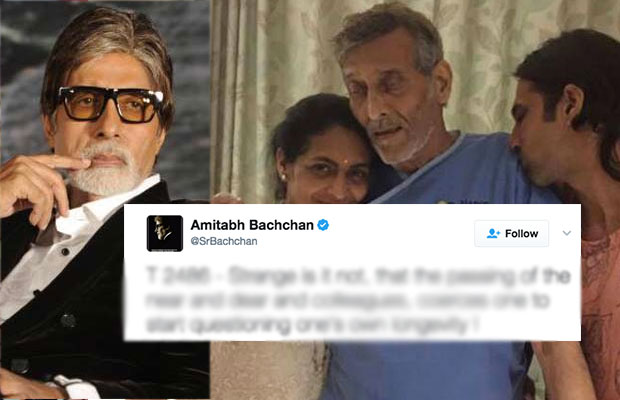 Vinod Khanna has been ill since days and the internet has flooded with tweets, posts, comments, and recovery messages from everyone. The star who turned int a politician is now 70 years old and currently admitted to a hospital.

There were false rumors that he is down with cancer and could die anytime soon, for which Irrfan Khan also said that he is ready to donate an organ for Vinod Khanna if possible, he is Irrfan’s idol and he is willing to do that.

Fans came in shock when they saw that the actor was severely ill and his picture went viral like water on the floor. He has shrunk a lot in his size and the reason behind this is his illness. Vinod Khanna’s son revealed it to reporters that he wasn’t down with cancer it was simple Dehydration and he will be discharged soon.

Fans denied to believe on his false death messages and they got erased from WhatsApp very quickly. Now after seeing so much of consent for Vinod Khanna’s health and the sorrow that fans shared, there is a big confusion that has come up with this tweet. 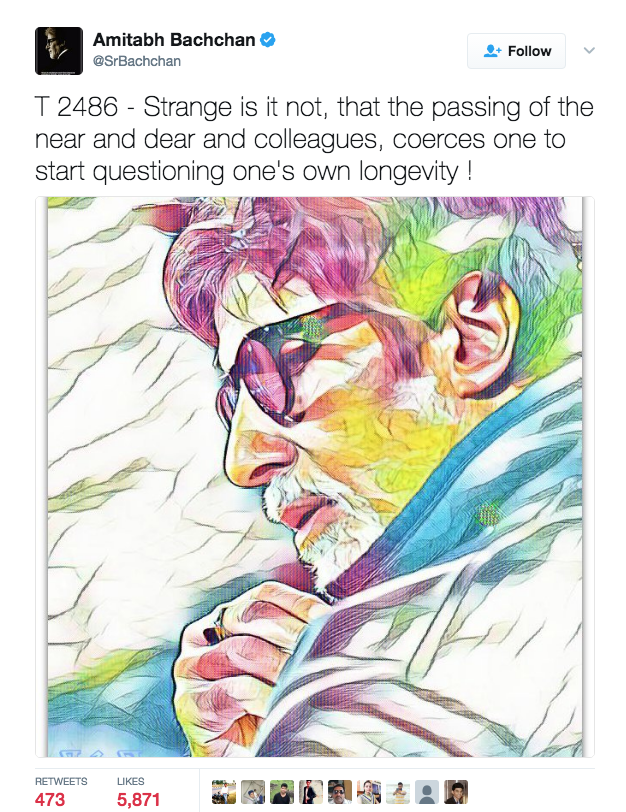 Yes, it is Amitabh Bachchan who posted this tweet that signifies if he has been addressing Vinod Khanna’s death who’s reportedly now recovering soon, He tweeted, ‘T 2486 – Strange is it not, that the passing of the near and dear and colleagues, coerces one to start questioning one’s own longevity !’

Fans have gone in real confusion after reading this and we are wondering if it is Amitabh Bachchan himself who is addressing such things to a co-star? We don’t think so! This can also be there for the sad demise of his daughter-in-laws father Krishnaraj Rai.

The two have worked in Amar Akbar Anthony, Hera Pheri, Parvsarish, Khoon Pasina and many more. We are sure, he won’t be addressing this to Vinod Khanna’s health. The confusion shall be cleared soon.