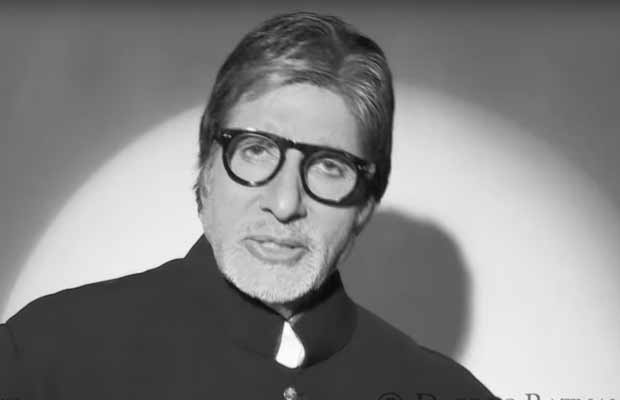 Big B had sung National anthem before the India-Pakistan World Cup T20 match in Kolkata and it seems the actor has unnecessarily being dragged into the matter. The complaint was registered at New Ashok Nagar Police Station in East Delhi on Monday.

The lawyer in his complaint stated that that Bachchan took 1 minute 22 seconds to sing the national anthem, violating Union Ministry guidelines restricting 52 seconds for the same. While Big B has been accused of some law which is less known to people, fans had come in support of the actor on social media platforms.

Thanking everyone for the support, Amitabh Bachchan shared a message on facebook. He posted, “FB 1283 – My most grateful thanks to all for your love and support in the National Anthem matter . 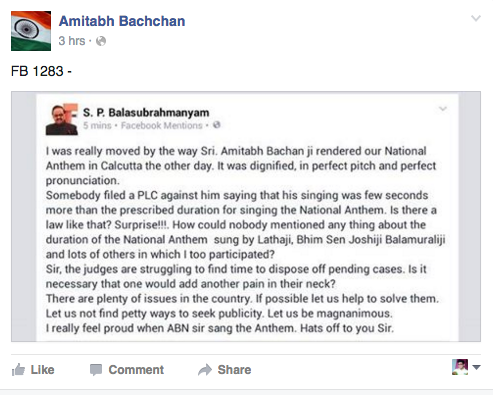 On the work front, Big B will be seen Sujoy Gosh’ next Te3n, which also stars Vidya Balan and Nawazuddin. Not much has been revealed about the storyline of the movie. But, it is said that the movie is a remake of a hit Korean film montage. This would be Vidya Balan‘s second movie with Nawazzudin and Sujoy Ghosh after the 2012 release ‘Kahaani‘.[/tps_footer]