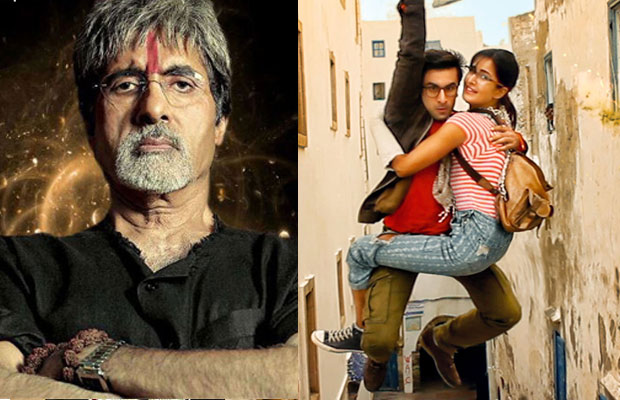 Amitabh Bachchan’s well known character in Sarkar is back yet again. Yes! After Sarkar and Sarkar Raj, the Shehenshah will be now seen in Sarkar 3. Recently, the look of the film was launched and it made news. And why not? Afterall, it is Amitabh in Sarkar.

But then, now it’s in the news for another buzz. And the buzz is that director Ram Gopal Varma is postponing the dates of his film. According to the new dates, the film will face a clash with Ranbir Kapoor and Katrina Kaif’s most awaited, Jagga Jasoos.

Now it’s an excitement ride for fans. 2017 started with clashes, one being the recent Raees vs Kaabil. And that’s no less, there are many more. Sarkar 3 and Jagga Jasoos have been added to the list.

Well! The reason behind the shift of dates hasn’t been clear yet but as per the logic, Sarkar 3 would have enjoyed a better space and run at the box office if it would have had a release date prior Jagga Jasoos.

Well! Let’s wait till the official reason behind the shift gets announced. Also, it will be an exciting time when we see the two films clash after all, the anticipation after Jagga Jasoos too went high.