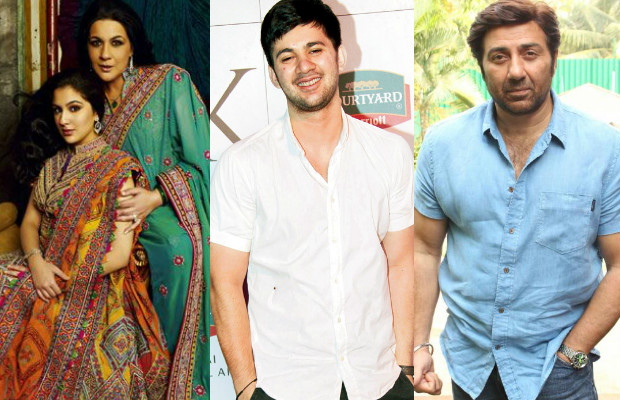 Reportedly, Sunny want to recreate the Betaab magic.  He even called up Amrita and told her he would like to cast Sara opposite Karan. However, Amrita turned down the offer as Sara already apparently has a contract with Dharma Productions. Reportedly, she will be making her debut in Karan Johar’s film.  Well, it would be interesting to see if Sara really makes a debut in Kjo’s movie or not.

Well, as far as Sunny’s son is considered, he had worked as an assistant director for Yamla Pagla Deewana 2. Also, he lent a helping hand in making Ghayal Once Again. Well, we are excited to see what plans Sunny has for Karan now.

In an interview, Sunny had stated that Karan will surely make his Bollywood debut, but at the right time. Apparently, he said that is would be great to share a screen space with  his father Dharmendra and son Karan in the same film.[/tps_footer]