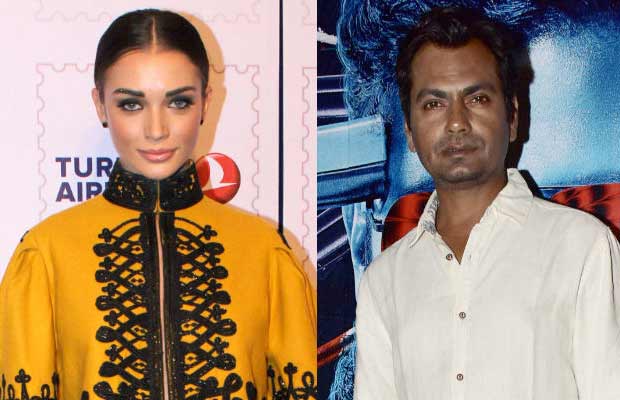 [tps_footer]Amy Jackson who was last seen in ‘Singh is Blingg’ opposite Akshay Kumar will be seen sharing the screen space with the talented Nawazuddin Siddiqui for the first time in Sohail Khan‘s next film. The leggy lass who was once known only as Prateik Babbar’s ex-girlfriend, is slowly but surely making her own way around Bollywood. While the co-stars are thorough professionals on set, they are also very friendly and share a great rapport according to sources.

Well, now Nawazuddin has extended a personal invitation to Amy to attend the premiere of his upcoming film, ‘Raman Raghav 2.0’, directed by Anurag Kashyap. The film is a psycho thriller and has hints of gory violence as is evident by the trailer that sent shivers down viewer’s spines.

Jackson who was slated to attend the coveted film festival for a fund-raiser initiative, has now pre-poned her trip to accommodate the gracious invitation by her co-star. The ‘Ek Deewana Tha’ actress who was supposed to leave on May 17 will now reach Cannes a day earlier to support her co-star Nawazuddin. According to sources, Amy admires Siddiqui’s work and was dying to work with him. That is also why when she was offered a film opposite him, she jumped and agreed to the offer immediately.

Jackson will be walking the red carpet at Cannes for the first time this year and she will also attend a luncheon hosted by the British Film Institute, UK. She is slated to speak about her acting career as well as the ups and downs she faced along the way at the luncheon. She will also attend an event to raise money for Syrian refugees after that.[/tps_footer]