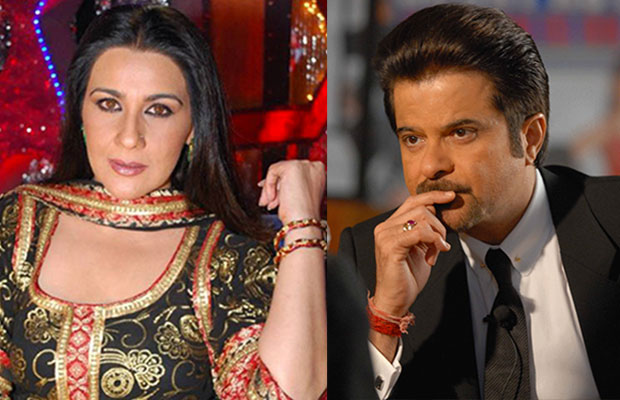 After delivering hits like Chameli ki Shaadi, Saheb and Thinkana together, Anil Kapoor and Amrita Singh are all set to share the screen space again. This jodi of the 80’s is coming together for Anees Bazmee’s upcoming film Mubarakan which also stars Anil Kapoor’s bhatija (newphew), Arjun Kapoor.

The fans are excited to see the ensemble of this film but the Dil Dhadakne Do star says he is petrified of Amrita Singh!

He candidly adds that Singh is extremely honest and moofat (outspoken) and that she will spill all his beans as she knows many of his secrets to his nephew, Arjun!

Talking about their friendship,the 24 actor said that she is straightforward and brutally honest and that’s the reason they got along so well because opposites become friends!! He added that each and every day of working with Singh was very entertaining as she is great fun to be on the sets with.

This is also the first time that the Chacha-bhatija jodi will be seen on screen together. It’s no secret that Arjun Kapoor adores his uncle and apes his signature moves and grooves at every chance he gets.

The film Mubarakan, all set to release on July 28, 2017, also stars Ileana D’cruz and Athiya Shetty. The team will start filming for the project in November this year.