Anees Bazmee directorial Mubarakan, starring Anil Kapoor and Arjun Kapoor, is making us immensely curious ever since the unique announcement of the film, through a stunning wedding card.

The real life uncle-nephew jodi Anil and Arjun is all set to share the silver screen for the first time.

Anil and Arjun both are slated to play Sardar’s in the movie.

Anil Kapoor recently took to twitter to share a picture of his director Anees Bazmee wearing a Pagdi and posted, ‘Sirji! You should be in front of the camera, not behind it! Dil khush kar ditta @BazmeeAnees #Mubarakan!!’ 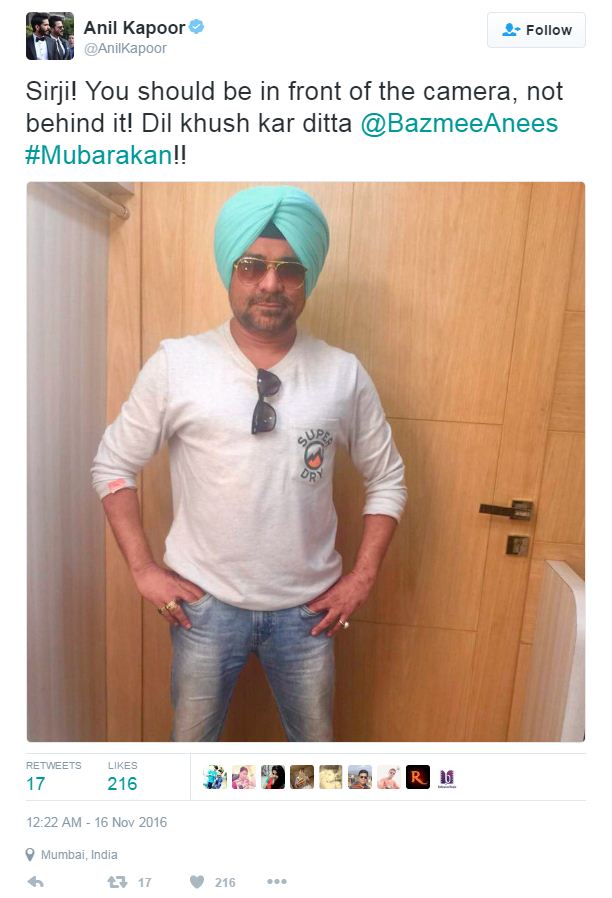 Anil and Arjun are extremely excited to see their director in the Sardar avatar.

Anil Kapoor and Anees Bazmee have treated the audiences with movies like Welcome, Welcome Back, No Entry, etc. Hence, it would be indeed interesting to see magic the Kapoor Khandan and Anees Bazmee will create in Mubarakan.