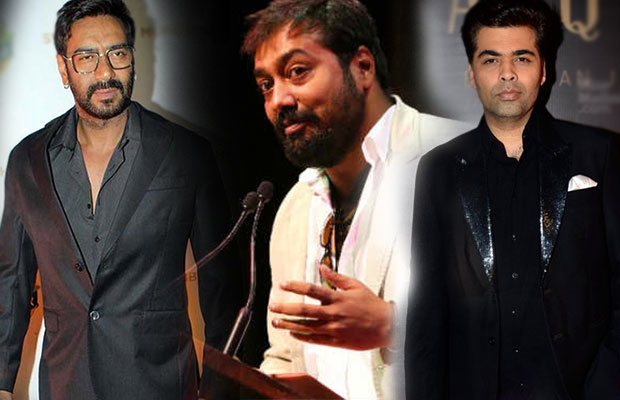 Anurag Kashyap has finally spoken on the hot controversy of Kamal R Khan, Ajay Devgn, and Karan Johar. Ajay and Karan will be pitting against each other with their films Shivaay and Ae Dil Hai Mushkil, respectively. But before the films hit the theater screens, disputes have already begun. A few days ago, Ajay’s manager Kumar Mangat accused KRK of taking 25 Lakh from Karan for giving negative reviews against Shivaay trailer. He also released an audio tape where KRK confessed about receiving a bribe from KJo. Well, situation heated up when KRK slammed Ajay and Mangat in a press conference for using his name to ruin Karan and his film. Finally, Anurag, who has worked with Karan before, speaks up on the same.