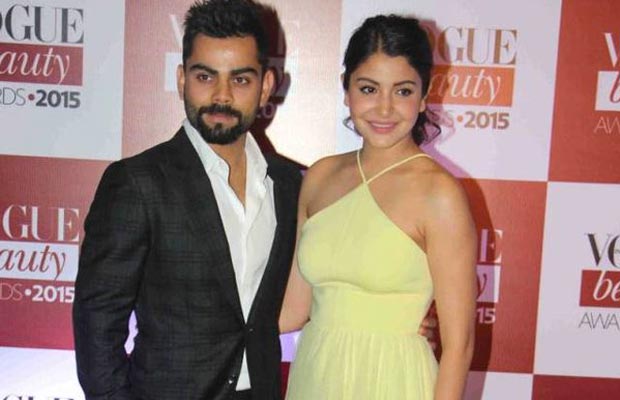 Cricketer and captain of Indian team Virat Kohli was recently spotted on lunch date with his lady love Anushka Sharma and her father. This sparked off the fire that the duo is planning to marry soon. Speculations were there that marriage is on cards for Virat and Anushka.

Speculations were taking rounds that Anushka Sharma and Virat Kohli are taking their relationship on the next level.  Well, putting down all the rumours, Anushka Sharma released a statement that reads, “There is no truth to the stories/rumours about Anushka Sharma’s impending wedding. Currently she is busy and happy with her work commitments. She has always been open about her life and would appreciate it and request everyone to wait for her to make announcements about her life instead of speculating.”

Love birds Anushka and Virat started dating each other last year and since then the duo have always spoken about their relationship. The too much in love couple have never hiden about their feelings and have also expressed their love publicly many times. Also Anushka has been seen cheering her beau many times during his cricket matches.

On the work front, Anushka Sharma is currently working on her next film Ae Dil Hai Mushkil with actors Ranbir Kapoor and Aishwarya Rai Bachchan. Directed by Karan Johar, the film is said to be unconventional love tale. However, Karan Johar and the cast are keeping the plot of the film strictly under wraps. Also, the shooting of the film is being carried in the exotic and snowy locations of London, Vienna and other such places.

Ae Dil Hai Mushkil‘s journey has been interesting till now for the makers of the film. Hope to see the same output in the film too!