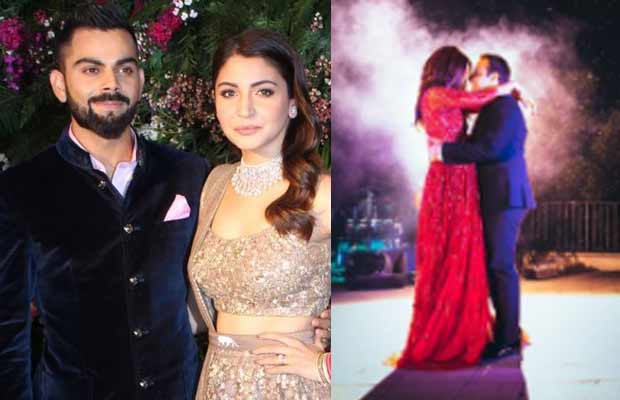 Earlier, the actresses Anushka Sharma and Ileana D’Cruz had announced their marriage on social media!

This year, 2017 seems to be the year of secret weddings in the tinsel town. It was firstly Anushka Sharma who surprised everyone after she married the cricketer Virat Kohli in a private wedding in Italy. After that, it was Ileana D’Cruz who a few days back posted a picture referring to it as clicked by ‘hubby’. It hinted everyone about her secret marriage.
And now another actress has announced her secret marriage on social media. The Hate Story 2 actress Surveen Chawla took to twitter and wrote, “And just like that, right in the middle of an extra-ordinary life, love gave us a fairy tale… #Married #bliss #EternalLove #GiveUsYourLove&Blessings”

Check out her pictures here:

And just like that, right in the middle of an extra-ordinary life, love gave us a fairy tale❤️… #Married #bliss #EternalLove #GiveUsYourLove&Blessings pic.twitter.com/zMUyqgQqQL

Surveen has worked in many daily soaps as well as Bollywood films like Ugly and Parched. If the reports are to be believed, then the actress had married the businessman Akshay Thakker two years back. They got hitched in Northern Italy on July 28, 2015.

A source of TOI said, “Surveen met Akshay through a common friend in 2013 and soon after, they fell in love. They got married in 2015, with only family and a handful of industry friends in attendance. It was Surveen’s dream to have a white wedding in a chapel located in a picturesque castle and Italy seemed like an apt choice. The couple was waiting for the right time to announce the wedding and had planned to do it in January 2018.”
Well, we wonder why the actress kept the news of her marriage under wraps!

Nevertheless, we wish the couple many many congratulations and a happy married life!