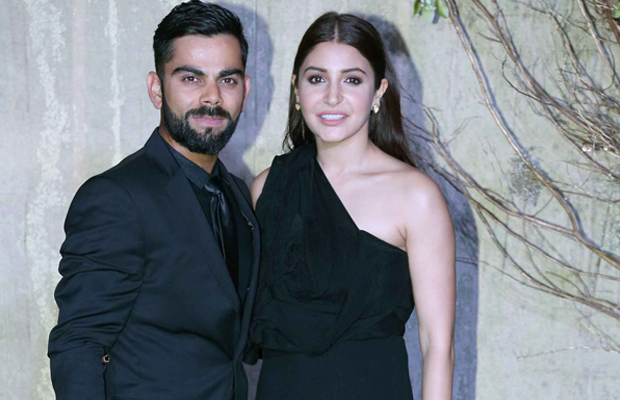 [tps_footer]The Alizeh of our hearts, Anushka Sharma, busy promoting herself as the fairy in Phillauri recently made it to the Vogue cover and she looks ravishing.

Well! Chilling on the chair, posing like a diva, she sizzled on the Vogue cover for the March edition and she simply looks amazing. The actress is seen wearing a tee quoting, “We should all be Feminists”.Well! Anushka Sharma rolled the sleeves of her tee and paired it with a skirt that had a sheer fabric, with frills all over it.

Anushka is seen in half bangs and slight waves in the bottom of her open hair. The magazine writes, “Anushka Sharma is not afraid of the F-word”.

The actress is now promoting her film Phillauri which is her own production and it’s a film about a man played by Suraj Sharma, who meets a friendly spirit. The spirit is played by Anushka. He meets Anushka after marrying a tree to avoid the threats to his love life. She will romance Diljit Dosanjh in the film.

Well! She was in the news for having been in the media with her rumoured boyfriend Virat Kohli.