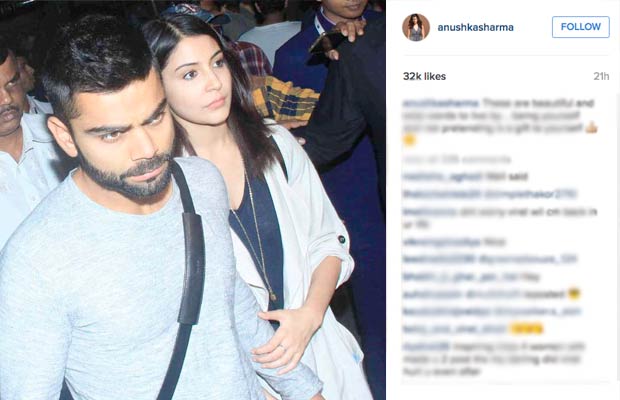 [tps_footer]Relationships are complicated but relations in B-Town are even more complicated and it’s hard to figure it out who is dating or hating? Both, cricketer Virat Kohli and Bollywood actress Anushka Sharma had been together in a happy relationship for a while and then suddenly they started staying separate and didn’t want to accept their relation publicly. Although no one will punish you or kill you for making a relationship public in fact by hiding and giving ten fairy tales these stars give rise to more rumours and speculations.

Virat and Anushka were spotted at Royalty Club for a fun and cozy dinner and it’s the same place where it was said Pulkit Samrat along with his Sanam Re co-star Yami Gautam was spending time but they stayed inside to avoid getting clicked by the shutterbugs who were there to click Virat Kohli and Anushka Sharma together. It’s important to stay committed in a relationship but at times, people forget to give space to their better half. Anushka knows this and she is flooded with upcoming movies offers and she will be seen in Sultan opposite Salman Khan, for which she had to prepare rigorously both, mentally and physically. And we feel if you have ever been a relationship either you or your partner must have asked this question, is your work more important than me?

The answer to this question is never easy and even Virat and Anushka have faced this in their relation as Virat had already planned to marry Anushka Sharma but right now Sultan actress is at the peak of success and she wants this more than anything else, she’s practical. And, here’s a message from Anushka Sharma to the world and especially to Virat, we guess. 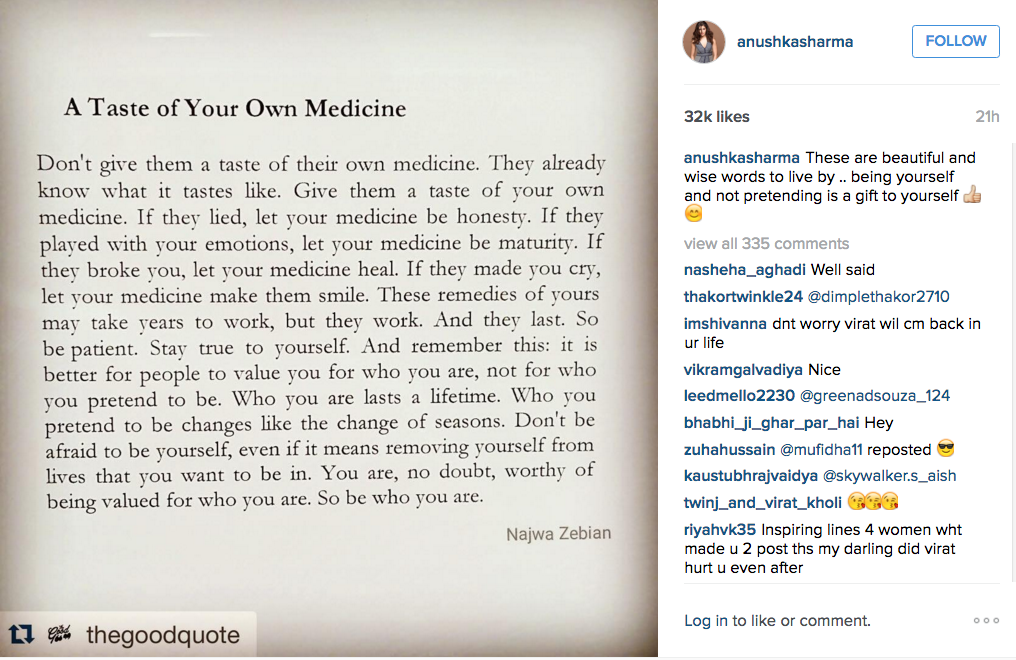