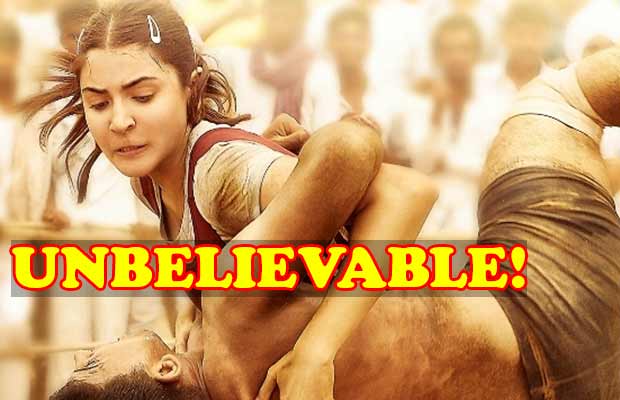 [tps_footer]Right from the start we felt Anushka Sharma is bring neglected by the makers of Sultan and more attention is given to the Bollywood’s heartthrob Salman Khan, but here is something that will make us believe Anushka has a strong role to play opposite Dabangg Khan. We know that Anushka has been working very hard to prepare for her role in Sultan and her character’s name is Aarfa who is a smile, calm, and family-oriented village girl with a strong mind and body to pick up fights against boys and win her own battles. Sounds exciting? Like we said you will love it! The makers of Sultan were hesitating to ask Anushka to prepare for a scene where she needs to make cow dung cakes which has been a very common practice in the villages and it’s normally done by the female members of the family with the typical purani soch, ‘Ghar ka kaam toh ladkiya hi karti hain.’ Fed up of it!

But, Anushka Sharma handled this situation very professionally and she made cow dung cakes and everything that will be required to make her onscreen character of Aarfa look real and not just a role she is asked to play. Anushka in a recent interview shared her thoughts about her role, it’s strengths, Indian women, and families. Here’s what she exactly said about Aarfa, “Her strength lies in her quiet but resolute ability to manage work at home, on a farm and still focus on wrestling. Every Indian home has a hero in the woman who keeps everything together and ensures that the family is cared for. Through Aarfa, I hope to highlight their strength and contribution to society and family.”

Well, we are extremely happy and excited to watch Anushka Sharma playing a wrestler onscreen along with Salman playing Sultan the ultimate winner. But, it’s such a proud moment to see Anushka growing so strong and clever to make the right decisions about her career and life, no matter what she faces. She is a beautiful actress, successful producer waiting to complete her second production Phillauri and ready to rule the big screen on this year’s Eid along with Salman Khan. We wish the best for star cast of Sultan consisting of Salman Khan, Anushka Sharma, Randeep Hooda, Amit Sadh, and it’s makers.