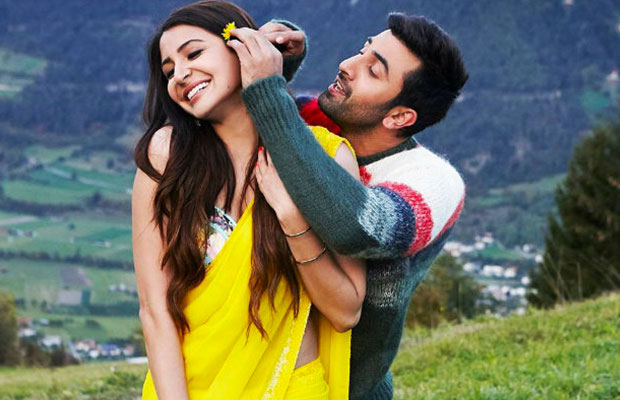 Mystery #1
In Ae Dil Hai Mushkil, why would the heroine (Alizeh) not fall for Ranbir Kapoor’s character (Ayan): he’s smart, good-looking, funny, charming, and they get along like crazy. What could be wrong with him? Is it that the first time they met and made out, there was no se*ual chemistry?
Anushka: That was definitely one of the reasons, which is why that scene is there in the first place. Basically, when she called him over to hook up at the party, she didn’t think it was going to turn out this badly, and she’d instantly friend-zone him. Also, in life, it’s a superficial way of looking at things — that he’s good-looking, charming etc., and why would you not fall for him?

So it was about the snog-fail…
Anushka: Initially, yes. But sometimes, you just don’t feel that way about someone. Yet you realise there’s so much more to two people than a possible hook-up — which would get over, and they would move on anyway. They actually end up talking, figure they’re both film buffs, their lives are similar, and they have great chemistry otherwise. She certainly loves him, but there are several layers to those feelings, and that’s what’s novel (about what the film explores). Usually (in films), it’s either ‘dost hai’ (they’re friends) ya ‘pyar hai’ (or they’re lovers). Ya phir dost se pyar ho jaata hai, ya phir pyar se dosti ho jaati hai (Or they become lovers after being friends, or vice versa). I really worked on this headspace of Alizeh, trying to understand her completely. You can’t just play a role such as this by learning your dialogue… The feelings are very complex. It can also get toxic when two people are friends, but one of them harbours other feelings. I think boys tend to take this bit about friend-zoning far more seriously. But yes, it does get difficult and toxic for the girl too. But as soon as Ayan expresses his feelings for Alizeh, they stop talking to each other, right? It is for this reason, I had asked Karan to include a point in the film where Alizeh makes it known to Ayan that if being in this kind of relationship is difficult for you, then let’s not (carry on any further), because it is not difficult for me. I have somewhere in my life experienced this — being aware of someone’s feelings for me, while being in no position to reciprocate. You have to take responsibility so as not to lead them on.

And she was also in a relationship…
Anushka: I remember when Fawad was cast, we all felt relieved because the other person (in the film) just had to be as strong, and it is a cameo, with little space for Fawad‘s character (Ali) to reveal his feelings for Alizeh. He had to convey a lot more, merely through expressions.