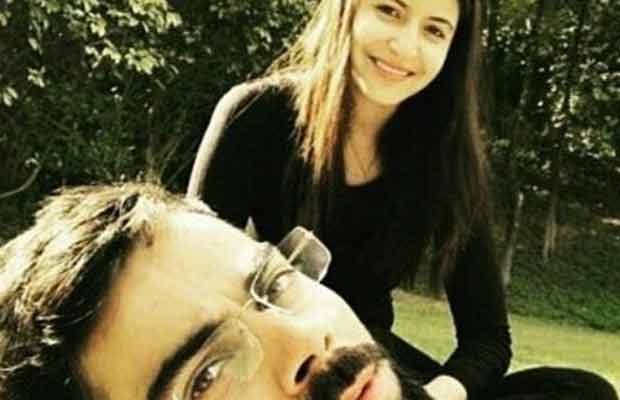 Bollywood actress Anushka Sharma has finally started expressing her love for Virat Kohli in open and her recent comment on the cricketer’s image is proof.

However, things have changed now. The Sultan actress is slowly expressing her love for Virat in the open. Moreover, fans are in “aww” with every bit of affection that the couple is displaying in public.

A day ago, Kohli took to Instagram and shared an image of him sporting his new bearded look. He wrote, “Sorry boys @hardikpandya_official @royalnavghan @rohitsharma45 but iam not ready to break the beard yet . Great job on the makeovers though. Kudos (sic).”

Anushka reacted to the post by saying, “You cannot”.

Responding to Anushka’s reaction, Kohli wrote, “Okay” along with a heart emoji. 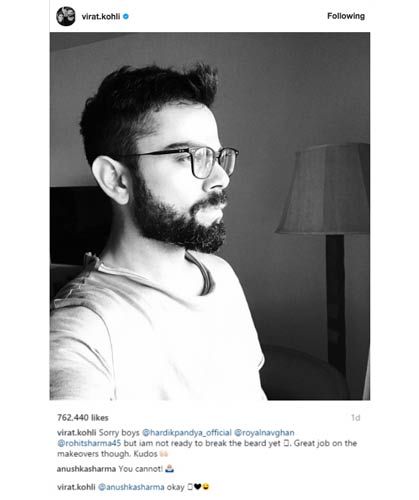 We all know Virat is head over heels for his ladylove, Anushka Sharma and he wouldn’t think of going for a makeover after she has secretly told him no for the same. Moreover, her reaction to Virat’s post was indeed adorable. Don’t you think? In fact, just recently he changed his Instagram profile photo to one with Anushka, and we just can’t get enough of them.

The much in love couple are often spotted spending time together despite being hectic schedules. Anushka had just recently visited Virat Kohli in Bangalore when he had to skip an IPL match due to injury.