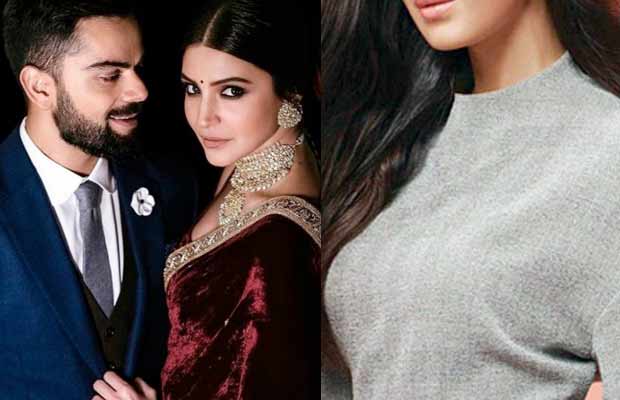 Anushka Sharma’s this co-star was completely unaware of her big fat Indian wedding with Virat Kohli!

Bollywood actress Anushka Sharma and Indian Cricketer Virat Kohli‘s wedding definitely took us all by surprise. Be it their wedding destination, first pictures, reception cards or videos from the ceremony; everything about their nuptials made headlines. No one had an inkling of their wedding until the Sharma family priest was spotted with them at the airport while leaving for Italy. It was only after that the rumour mills started running. The fairytale wedding took place in Tuscany. Only Anushka-Virat’s families and close friends attended the wedding celebrations.

So it is oblivious that many Bollywood celebrities did not know about Virushka’s hush-hush wedding. Anushka Sharma’s THIS co-star is one of them!

Anushka’s ‘Jab Tak Hai Jaan’ co-star Katrina Kaif was clueless about the big day! In an interview with Pinkvilla Katrina revealed, “I had absolutely no idea.”

Not sounding bitter about being left in the dark, the actress added, “But I think their wedding was absolutely beautiful. I really felt wonderful seeing their pictures and the way they did everything. Lots of love and happiness and warm wishes are there for them,”

As many may already know, Anushka Sharma, Katrina Kaif and Shah Rukh Khan are a part of Aanand L Rai’s untitled movie. The movie began its filming in May 2017 and will resume again once the new bride is back from South Africa. This is the second time that the trio is reuniting for a project. Earlier they starred together in Yash Chopra directed ‘Jab Tak Hai Jaan’.

Currently, Anushka Sharma is in Delhi with Virat Kohli’s family prepping up for their December 21st reception. Whereas, Katrina Kaif is busy promoting her upcoming action-drama flick starring Salman Khan. ‘Tiger Zinda Hai’ is all set for its December 22nd release.

Photos: Anushka Sharma Is All Smiles As She Reaches Her Sasural With Virat Kohli In Delhi!