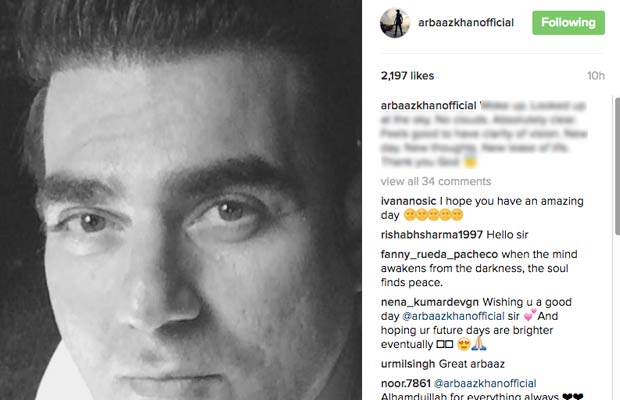 [tps_footer]It’s known to all that Bollywood couple Malaika Arora Khan and Arbaaz Khan have called it quits to their 18-year-old marriage. Earlier this year, the couple issued a joint statement in which they admitted that they have separated and also explained everyone that they have taken a break from their marriage.

Now, Arbaaz Khan took to Instagram to share an emotional post that hints on his split with Malaika and that he has moved on in his life. He tweeted a picture of him with a caption, “Woke up. Looked up at the sky. No clouds. Absolutely clear. Feels good to have clarity of vision. New day. New thoughts. New lease of life. Thank you God.” 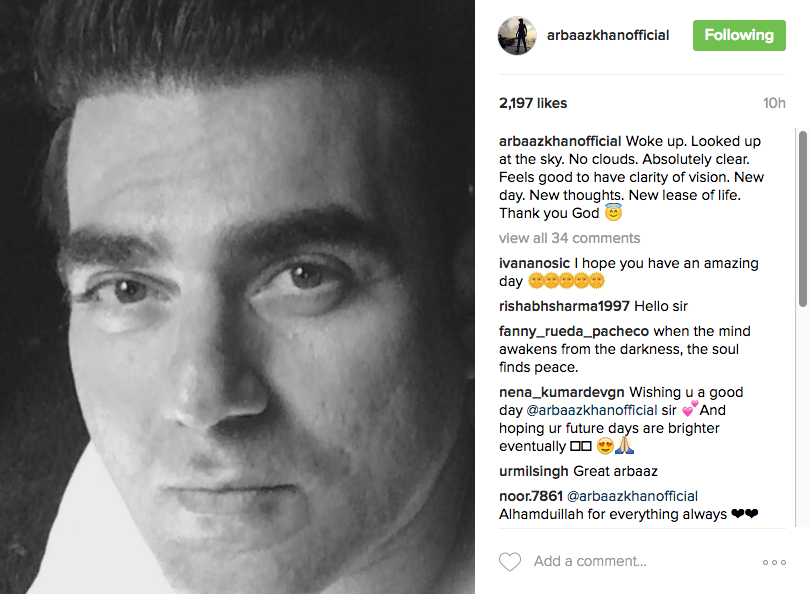 Well, Arbaaz has not really cleared it out whether it is for Malaika or not, but it hints a lot that he is over his divorce with Malaika. He went on to share another post, which also quoted on his separation with Malaika Arora Khan. 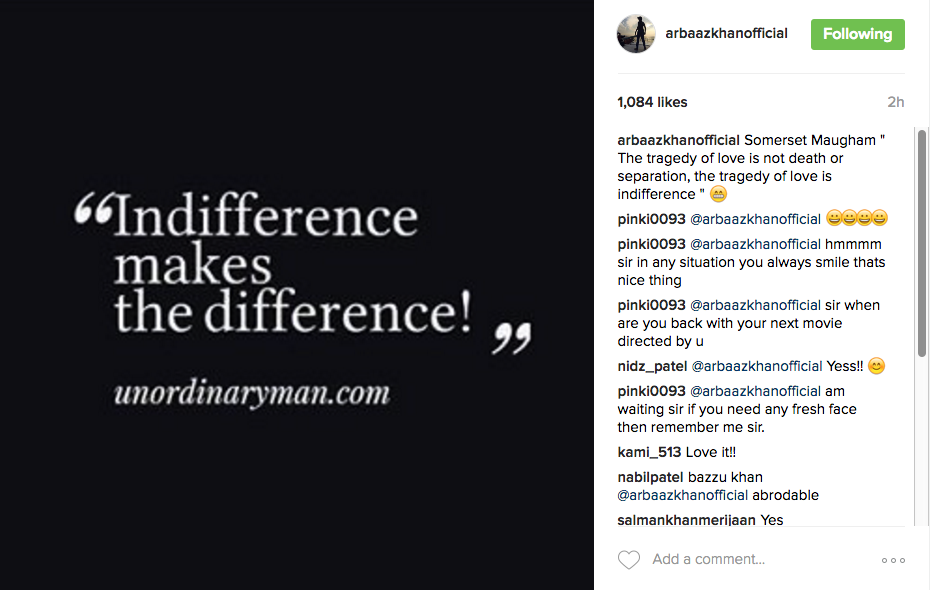 In their joint statement, Arbaaz and Malaika had stated that they need a break and that they are finding time to figure out their lives. The couple also requested media to give them privacy and stop speculating about their private life. The couple has been married for 17 years and also has a 13-year-old son, Arhaan.[/tps_footer]