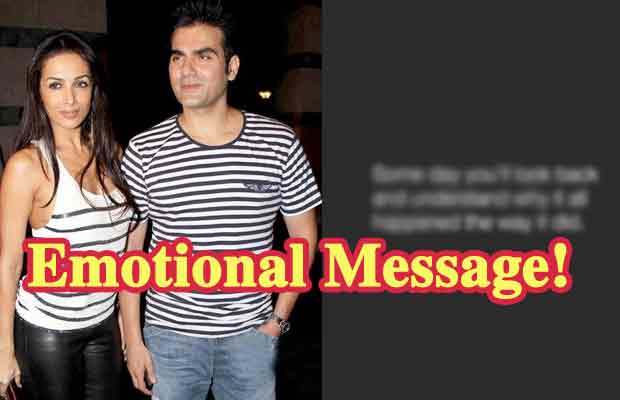 [tps_footer]Bollywood’s beautiful couple Arbaaz Khan-Malaika Arora Khan are going through a lot of tough times in their marriage and many have blamed the media for constant speculations. Frankly, there is no smoke without fire and it’s there are rumours in the showbiz because nothing is predictable here. Hrithik Roshan-Sussanne Khan parted their ways although they always looked like a perfect couple so what went wrong? Just because they have never spoken ill about each other, that doesn’t mean they had a happy marriage otherwise why will someone end a good relationship? Usually, media is blamed for highlighting small issues but honestly, these small issues only lead to big arguments and taking out the frustration on media can never sort of issues which Arbaaz Khan has understood. Thank God!

But, now Arbaaz Khan has given a reason for everyone to know that he is saying something very openly to Malaika Arora Khan who is planning to drop Khan from her name. Hinting directly to her no interest of continuing the marriage with Arbaaz Khan although the entire Khan Khandaan including Salman Khan tried his best to convince Malaika Arora Khan to give their marriage another chance. But, Malaika doesn’t feel like moving in with her husband Arbaaz and it was said that Arjun Kapoor had paid a late night visit to Malaika at her separate house in Khar.

2016 has been full of controversies and we don’t want this beautiful marriage of Malaika Arora Khan-Arbaaz Khan to end badly but here is a pic which Arbaaz Khan has shared with all of us and he has captioned it as ‘Waiting for that day.’ This time, his target is not media but his own wife Malaika Arora Khan who is not willing to be with Arbaaz Khan and continue their marriage for the reasons best known to them and their family. But, after posting such a pic, Arbaaz himself has given the opportunity for media to focus more on his failing marriage. 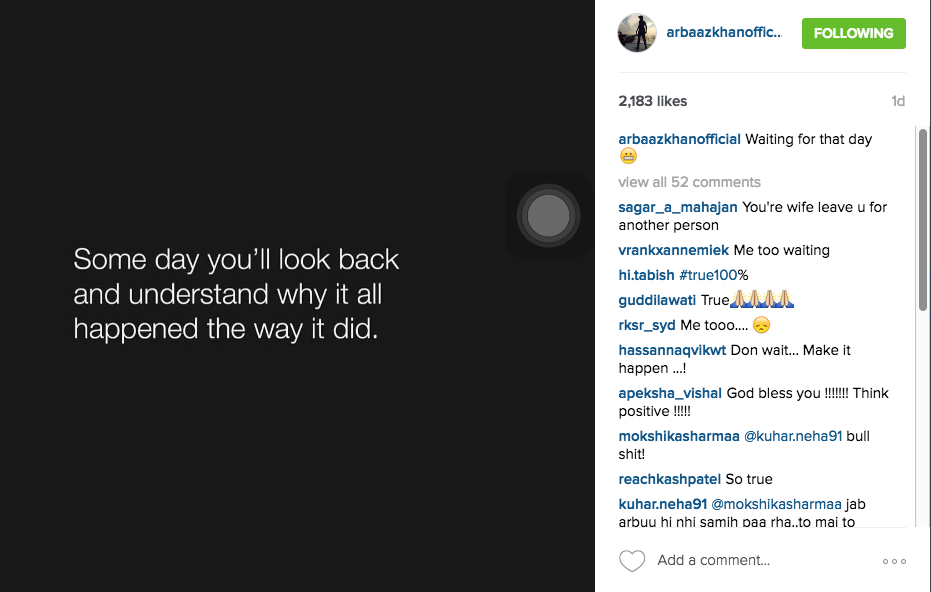