It was a big occasion for Salman Khan’s family as their sweetheart Arpita Khan Sharma is all set to welcome her first baby. Entire Khan family was present at Arpita’s baby shower on February 14, but the two, who have reportedly parted their ways, were not seen anywhere in the Khan’s family picture. With the reports of trouble in Arbaaz and Malaika’s paradise, their absence at Arpita‘s baby shower gave strong proof to the speculations.

With all kinds of reports on their split are doing rounds on social media, Arbaaz Khan expressed his anger by saying, it’s his personal life and that he does not owe any explanation to anyone. The actor has an issue on people asking and talking on his separation with wife Malaika. 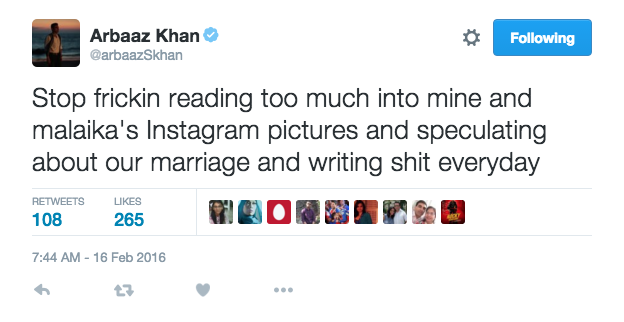 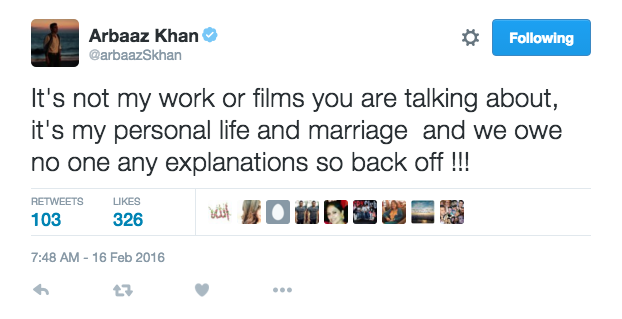 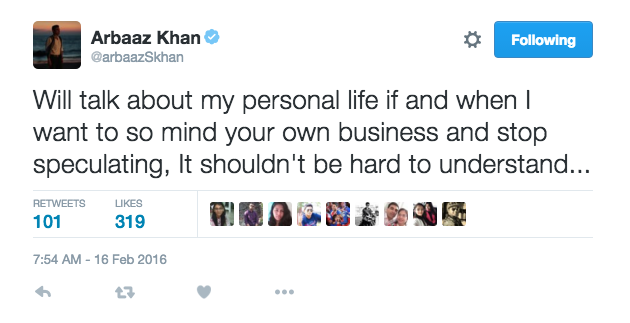 Arbaaz shared a picture with caption, “It’s not my work or films you are talking about, it’s my personal life and marriage and we owe no one any explanations so back off !!! Hope this message is loud and clear.”

While brothers Salman Khan and Sohail Khan were seen at the celebrations of sister Arpita Khan Sharma’s baby shower, Arbaaz Khan was seen posting these images from US. 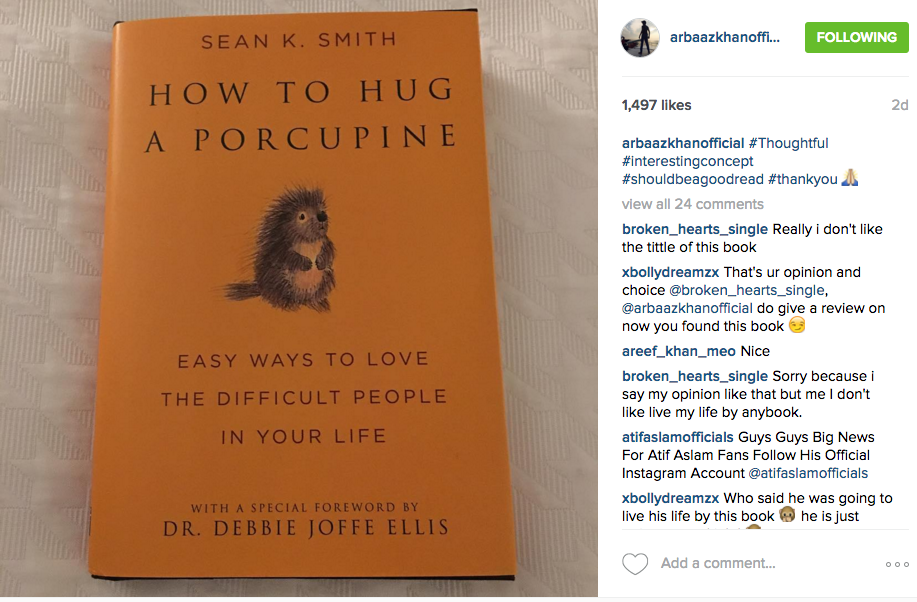 The actor who didn’t not attend his sister’s baby shower, was busy with his dumbbells at the gym. 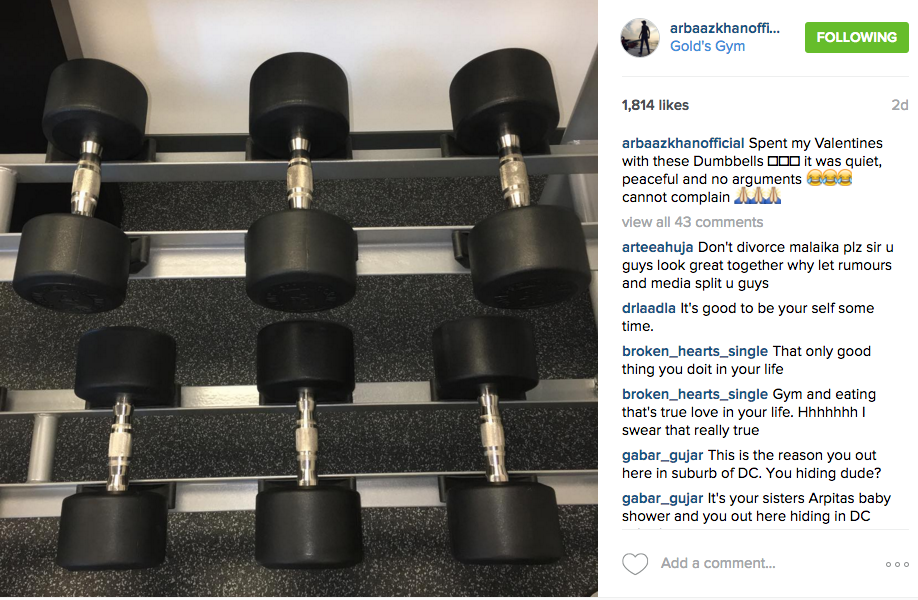 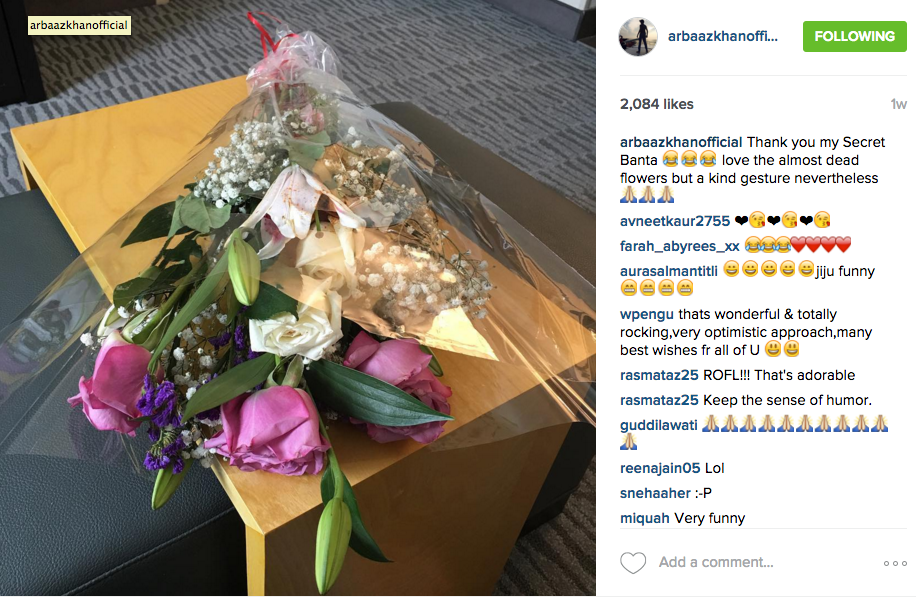 On the other hand, Malaika Arora Khan also shared a picture on her instagram account with a heart symbol caption, which is leaving people clueless on their marriage speculations. 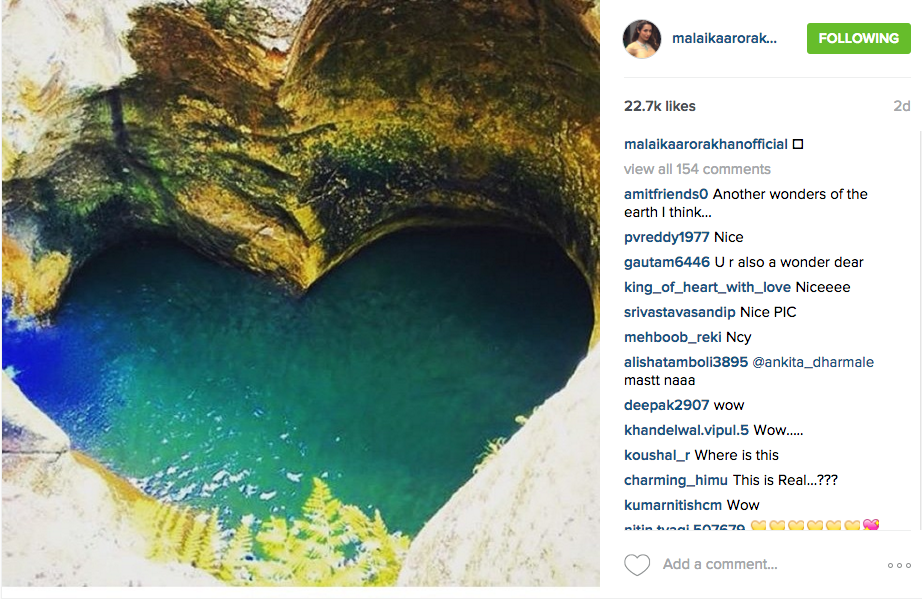