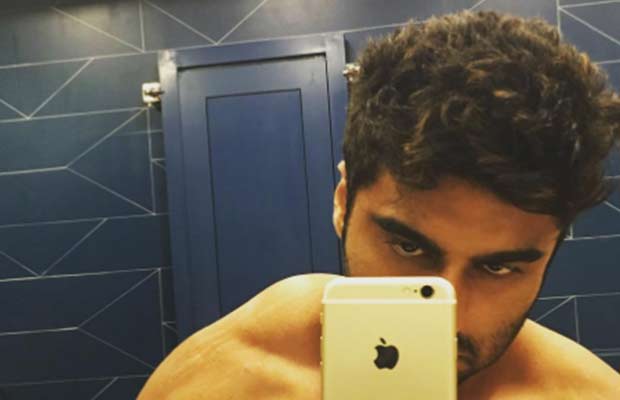 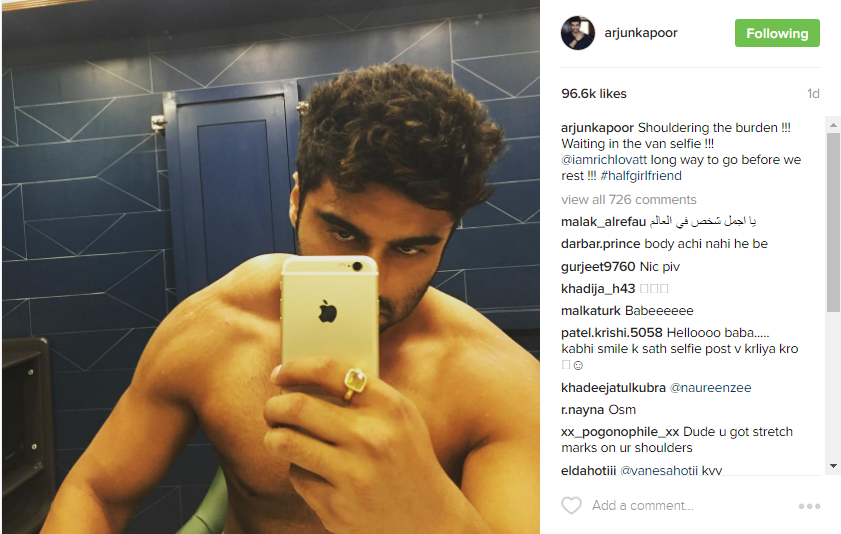 Well, if you have been following Arjun Kapoor lately, you must be aware of all the extra kilos the actor has shed and how hot he has become lately. And for those living under a rock, we have a steaming hot picture for you that would do all the explaining.

The 31-year-old hottie took to social media recently to upload a sizzling selfie of himself in which he is, read carefully, totally SHIRTLESS!

The selfie, clicked on the sets of Half Girlfriend, based on a bestselling novel of Chetan Bhagat, is enough to set your hearts racing. Arjun looks totally ravishing in the picture and would definitely let the temperatures soaring.

It’s not just Arjun’s shirtless self but also his super-cool body language and blunt expressions that add to the oomph of the picture.

Well, who would not get all Arjun-ified after seeing this super-sexy picture? We bet this alluring selfie is definitely adding to Arjun’s existing number of female fans.

Interestingly, this is not the first time the star is working on an adaption of Chetan Bhagat’s novel. The actor has earlier played the role the role of Krish in the adaptation of Chetan Bhagat’s 2 states which incidentally was a story of the actor’s own marriage. Half-Girlfriend, also been written by the same author is rom-com film and stars actress Shraddha Kapoor opposite Arjun.