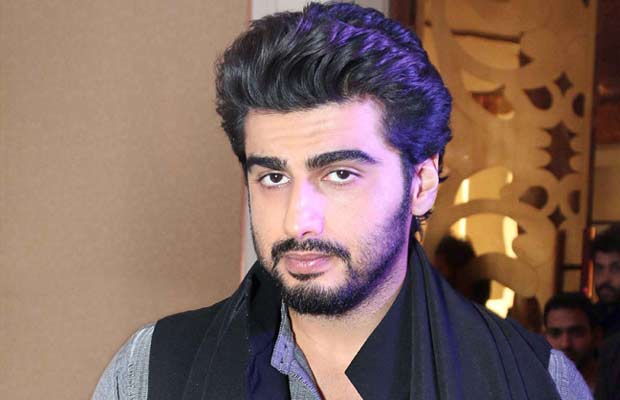 [tps_footer]Haha.. That’s pretty shocking to know. Arjun Kapoor who has done 2 States a movie which is based on the adaptation of Chetan Bhagat‘s novel with the same title, has bagged another movie “Half Girlfriend” which is again Chetan Bhagat‘s novel. But Arjun has confessed that although he is doing this movie he didn’t read the book first. He read the movie’s script first and that’s about it.

Well, usually actors go out of their way to promote their movies and to prepare for their role. But here the preparation seems to be incomplete. Or is it right on his part to keep the novel away and just focus on what the movie’s script is and what his director is expecting from him for this movie ?? Let’s know it why he didn’t read both “2 States” and now “Half Girlfriend,” too.

This is what Arjun said when he was questioned about the reason behind not reading Chetan Bhagat‘s novels. He said, “I didn’t read 2 States and Chetan knows that. I didn’t because my director was very clear and he said that I don’t want you to read the book and get bogged down and get confused between the script and the book because you have read the script first. I did the same thing with Half Girlfriend.”

Now I think, it’s fair enough for him to do so. But don’t you think, if Arjun would have read both the script and novel, he would have become even more clear about the character he is playing and it’s journey in the novel and movie too ?? But anyways, in his defense, Arjun added more fuel to the fire by saying”Chetan sir is the co-producer and he’s on board. So the script and all is done through him eventually. Mohit Suri gave me the script to read, which is a continuation of what Chetan had written in the novel… It’s a really nice adaptation of the book,”

Superb !! Don’t our actors just get everything so “readymade” the next thing, they need to do is be full of energy and confidence on the set to portray the characters given to them but the most difficult task of it is to write a story, bring the characters alive in words and make them believable and keep the readers engaged with the storytelling and crave them for wanting more and more of the story, it’s characters, different twist and turns.

Good luck for Half Girlfriend too Arjun, now you must be super excited about “Ki And Ka” opposite Bebo, Kareena Kapoor Khan. But we hope someday we get to hear from you about reading books too. Boy, it will take you to another world of imagination. Words are a pool of magic of their own. We all should read to experience it. So, guys tell me now which is your favorite book ? And why ?? Which is the book that you are craving to read ?? I am looking forward to Twinkle Khanna‘s “Mrs Funnybone”. What about you ??[/tps_footer]