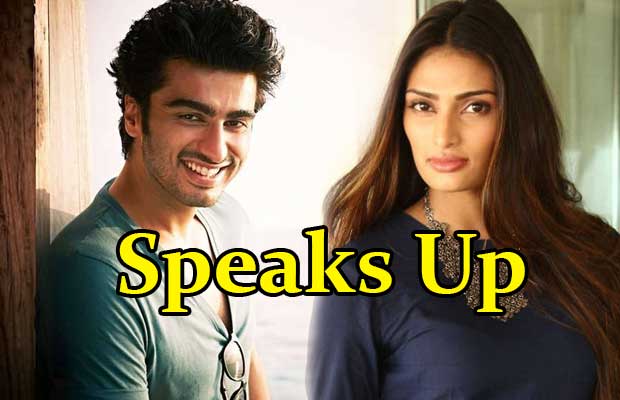 [tps_footer]Bollywood stars have always kept quiet about their dating and personal life, but somehow those secrets create abuzz. Off late, it was reported that Bollywood actress Athiya Shetty, who is just one film old, is dating Arjun Kapoor.

Rumours were doing rounds on how Athiya and Arjun were totally smitten by each other and that they are often spotted hanging out with each other. The dating rumours between the two sparked off when Arjun Kapoor and Athiya were spotted spending some quality time at director Punit Malhotra’s party.

While these stars are making headlines, Athiya Shetty has commented on their rumoured relationship. The ‘Hero’ actress has put the gossip mills to rest by saying that such reports do not bother her.

“I don’t take link-up rumours seriously as long as I, my family and close ones know the truth. I don’t give any thought to it,” Athiya told reporter at an event in Delhi.

“My father has been in the industry for so long and he understands that all these things come with a celebrity status. We don’t give any importance to it. Such reports don’t make our dinner table conversations,” she added.

On the work front, after ‘Hero’, Athiya has no movie on board yet. It is speculated that the actress is in talks with few, but there is no confirmation on her upcoming films yet. Apart from movies, the actress will be walking the ramp at Amazon India Fashion Week (AIFW) Autumn-Winter 2016.[/tps_footer]