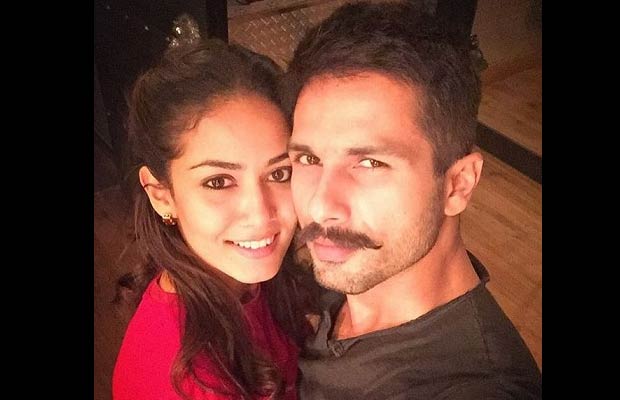 [tps_footer]Shahid Kapoor who recently visited Spain for an award function, made special arrangements for wife Mira in his absence!

The actor who’s dates were booked for the award function months in advance, went above and beyond to stay true to his commitment. Shahid‘s wife Mira, who is expecting their first child recently was under the weather. The actor has been spending most of his time with Mira and is keeping her well being on priority.

Mira who is expected to deliver around mid September has her husband going above and beyond to ensure her comfort. While Shahid had to leave the country to fulfill his work commitment he made sure to keep his word back home too.

Shahid in an interview had mentioned on how he would be taking paternity leave and will be taking care of every single little detail to ensure health and well being of wife Mira and the baby. Staying true to his work commitment, Shahid made arrangements to make sure Mira is looked after back home. The actor specially flew down Mira‘s parents from Delhi to Mumbai just so that they could be around Mira when he was away for work.

It was a win win situation for Shahid, who balanced his work and personal life perfectly.

The award function witnessed Shahid turn host and spreading smiles on the face of the audience with his charm and wit, back home too, the actor made sure to keep his better half happy with all smiles with her parents by her side. Shahid attended the award function and garnered tremendous applauds from people around for his character in the recently released Udta Punjab!

He also met fans and clicked pictures at the arrival, who were actually cheering for Shahid with his on screen name Tommy Singh!

From everyone around, the actor is only receiving congratulatory messages for his powerful acting prowess and the portrayal of a Punjabi rockstar in the film, his performance has travelled wide and far and has only won him applauds from every quarter!

After Haider, Shahid adds yet one more feather to his hat with Tommy Singh! Shahid who has proven his versatility time and again , created a stir with Tommy Singh, winning the audiences heart.[/tps_footer]