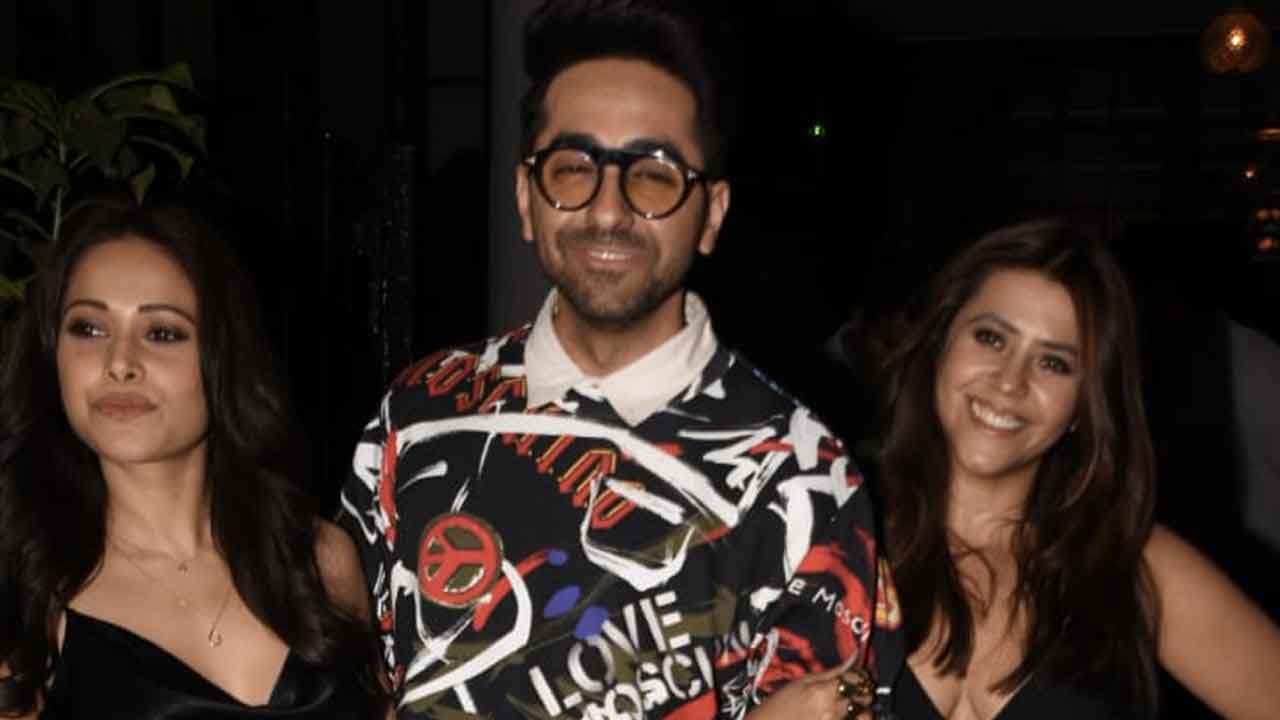 Ayushmannn Khurrana after treating the audience with back to back hits like Badhaai Ho and Andhadhun this year will be teaming up with the Sonu Ke Titu Ki Sweety fame actress Nushrat Bharucha in a comedy film being backed by Ekta Kapoor who has had a successful year with Veere di wedding and web series. The film is directed by Raaj Shanndilyaa. The new pairing will be a visual treat for the audience as both have given massively successful entertaining blockbusters.

The leading actors along with Ekta Kapoor and director Raaj Shaandilyaa were spotted having dinner together last night to celebrate their upcoming next.

The actors will be seen sharing the screen space for the first time.

Talking about the collaboration Nushrat shares, “After working with Ekta in the past, this is a homecoming of sorts for me. I am excited to work with Ayushmann for this comedy entertainer. Interestingly, this year has been [favourable] for strong content-driven films; and this film will, hopefully, continue this tide,” further referring to the script by debutant director Raaj Shaandilyaa — who has previously written Jabariya Jodi, Welcome Back and Bhoomi — as one that is “supremely entertaining”.

The movie is all set to roll in the first week of December.