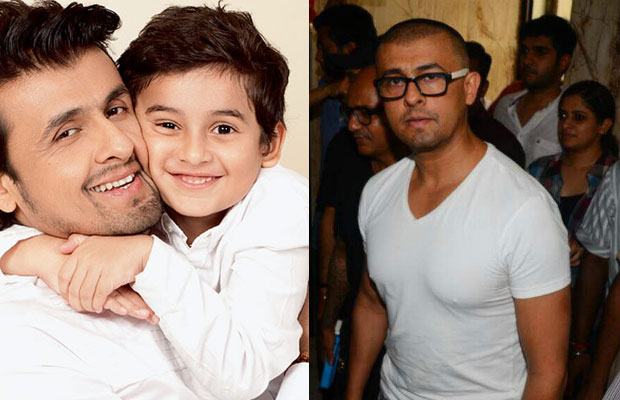 Bollywood singer Sonu Nigam has landed into serious trouble after his tweets against waking up to Azaan.

Bollywood singer Sonu Nigam’s tweets against waking up to the azaan call on Monday morning, created a stir in the industry. The singer did not calm down and also responded to a West Bengal maulvi’s Rs 10-lakh tonsure challenge.

Sonu Nigam took the challenge up and called Hakim to the press conference to shave his head. The singer said he wanted to respond to the ‘fatwa’ in the language of love. “The one who is cutting my hair is a Muslim and I am a Hindu. There is no animosity. The same language of ‘fatwa’ can be communicated in a language of love,” he said.

After shaving off his head, Sonu raised the intolerance debate and said, “This [protests against his comments] also signifies how intolerant we are. That’s why I decided to do what he (maulvi) wanted. Tumne jo kaha, maine kiya. Ab bol.”

Once making it clear that his tweets were against the loudspeakers and not against the religion, Sonu Nigam said, “Jahalat (partial knowledge) ki hadh hoti hai. I consider Mohammed Rafi my guru. My driver is a Muslim. I am not anti-Muslim, I consider myself secular.”

However, the maulvi was unhappy with Sonu Nigam shaving his head and said, “Sonu Nigam has not done all the things I asked for, two out of the three things remain unfulfilled. Will give reward of 10 lakh, only when he does rest two-garland of old torn shoes and tour around the country.”

During a recent interview with mid-day, Sonu Nigam was asked if maulvi tried contacting him directly. To which he replied, “I don’t give access to people. He is not that significant anyway. I knew he would back down.”

When further asked if he’s disturbed and he replied, “I hope this evokes a sense of being reasonable in this country. I am not a left wing or right wing person. I am right in the centre. We need more people who don’t just talk aggressive stuff, and make sense.” However, he admitted that his family has been concerned over the episode.

Sonu Nigam also shared that how much his family and especially, his son is concerned about his actions. He said “Nevaan (son) was shocked to see me like this (shaved head) today. But this had to be done.”