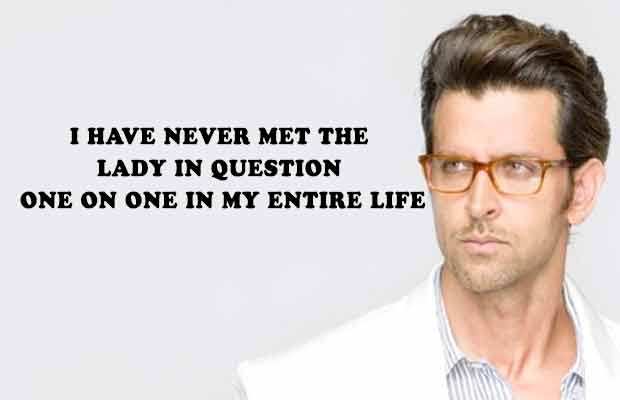 The Hrithik Roshan-Kangana Ranaut controversy that broke out in March 2016 witnessed a new chapter yesterday as the actor took to his social media handle and offered his narrative.

In a statement where he questioned the alleged affair between him and Ranaut as it had “no trail left behind” by way of “paparazzi pictures or memento”, Hrithik went on to add how he felt compelled to put forth his viewpoint so that he could “defend the truth because when truth suffers, the collective consciousness of society suffers…Closer to home, families suffer. Children suffer.” His revelation surprised many since the actor had maintained a dignified silence on the subject so far.

While Farah Khan in a statement had said, “I’m really happy that he’s done that, I think its high time that he adressed the issue. This is because I know Hrithik for almost 18 years now. He was very young when we did ‘Kaho Na Pyaar Hai’ together, I’ve seen him since then and I know him to be really honest and a person of integrity. And I do know his family really well, my kids study in the same school as his and he is a great father. He’s there for every PTA, for every annual day. So if he claims something, I don’t think it can be taken frivolously. There has to be seriousness and depth in what he’s saying. So I’m happy that he’s finally taken this step because I’ve been a feminist before the word was invented and I truly believe in gender equality and I feel in this case I was appalled because the only thing is that if a man had done this or spoken like this or had tweeted like this he would be behind bars right now. I’m glad and its high time he did this. The truth for him is very important because its complete character destruction of somebody. People always want to just believe the worst of anybody. So its high time he provided whatever he has I’m glad that he has.

Vishal Dadlani retweeted the statement he also said, ” 1. I said “If what he says in his blog is true, this is harassment.” 2. I also said it’s the police’s job to ask for proof of allegations.”

Writer Apurva Asrani tweeted, “As a man who has suffered psychotic behaviour in the guise of feminism, I unequivocally stand with #HrithikRoshan.”

Hrithik Roshan without even a mention of Kangana Ranaut put forth his side with utmost dignity and garnered support from the people on his stance.  His post struck a chord with the people wherein his and his dignified approach won the hearts of the people.