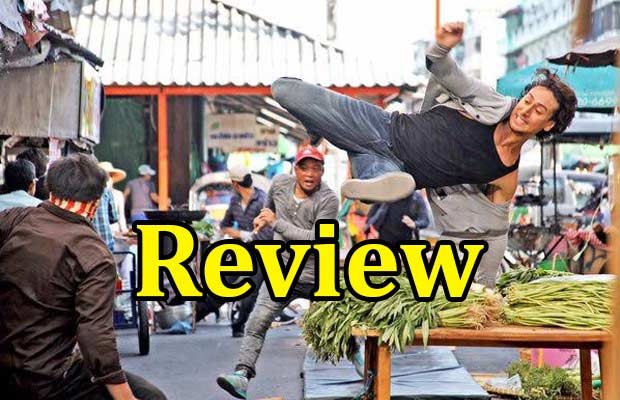 [tps_footer]There is one good reason, and one good reason alone, to watch Baaghi, and that’s Tiger Shroff. The boy makes the high-kicks and kalaripayattu look effortless. From his 2014 debut in Heropanti, with his sophomore outing Tiger Shroff has at least learned to growl, if not roar yet. His lip synch and song performance is still shaky and his emotional scenes require maturing but here is an action star in the making. As the catchphrase in Sabbir Khan’s action- drama goes, Shroff’s only “just getting started”.

Shroff plays Ronnie, a rebel without a cause sent to a kalari training school in Kerala where he finds a mentor in the head teacher (Shifuji Shaurya Bhardwaj). It’s here, in between the backwaters with their boat races and the temple town with its elephants and Kathakali performers (it’s like a tourism commercial for the southern state), that he meets his love Sia (Shraddha Kapoor), an irritatingly girly girl. Their love story is defined by the fact that it rains every time they are destined to meet. It’s at the school that Ronnie meets his nemesis Raghav (Sudheer Babu).

Baaghi is the quintessential 80s formula film – a love triangle where the obsessive bad guy will have the girl even against her wishes, squashing anyone who dares comes in his way, even his own father. Good guy Ronnie’s heart of gold is demonstrated by his kindness towards a mute child. Kapoor as Sia must just look feminine and show occasional spirit as fights back against the baddies.

When Sia gets kidnapped, an estranged Ronnie is recruited to rescue her from Bangkok where her captor Raghav runs an underground fight club empire from a multistoried building (Raid Redemption anyone?). At this point you really want to hotfoot it to the action-intensive climax, but the screenplay thrusts in a clumsy comedy track with a blind cab driver played by Sanjay Mishra. It’s distractions like this, and the boring songs, that derail Baaghi from being a sharp action film, which is what Shroff seems to relish more than the emoting. Instead it’s a dated story which is far too dependent on borrowed scenes and plot points rather than confident of its own hero’s abilities and appeal.