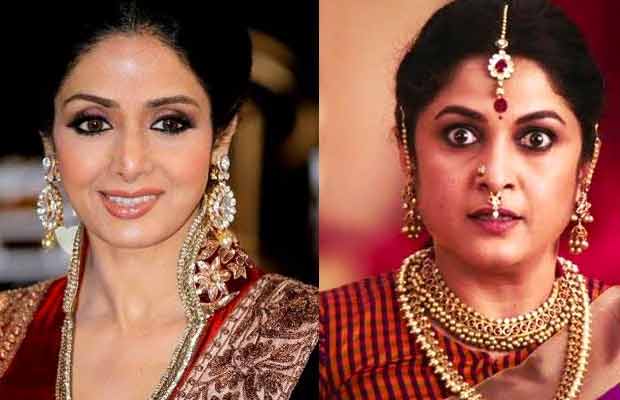 While we always wonder what characters in films would have looked had they not been played by the original actors, there are some movie roles that are so iconic that it is difficult to believe that other stars were even considered to play them.

A few days ago we had listed our TOP 15 list of Bollywood celebrities who were the first choice for some blockbuster roles.

The Baahubali craze refuses to die down. While one of the most prominent and favourite characters for all the viewers was the role of Sivagami played by Ramya Krishna, she was actually not the first choice of the director SS Rajamouli for the role.

Here’s the deal – Sridevi was the first choice for the role of Sivagami in director SS Rajamouli’s crowning achievement Baahubali: The Beginning and Baahubali 2: The Conclusion.

Sivagami may have been a fictional character, but it is Ramya Krishna who made the gallant, strong and compassionate queen of Mahishmati. Her exceptionally expressive eyes not only crave strong emotional reactions but also made the performance very unforgettable. While we continue to applaud Ramya for her ability to surprise and intrigue the audience, we can’t imagine Sridevi playing the same character. No doubt, Sridevi is an incredible star, but the way Ramya stood out for the level of expressions and confidence she contained in her eyes as Sivagami, remains unmatched.