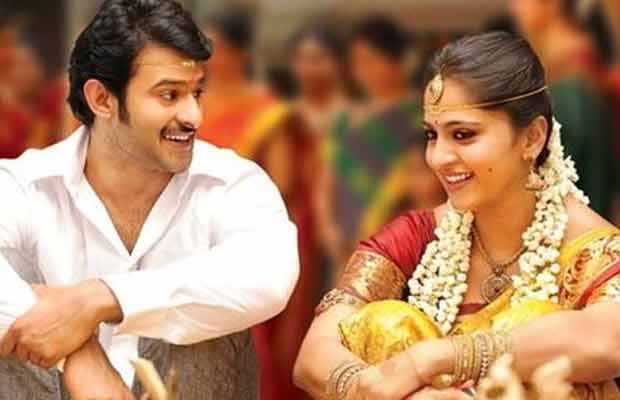 Baahubali actors Prabhas and Anushka Shetty might be paired up again in the film Saaho.

Records of all big movies have been crushed by Baahubali 2. The film has created a rage all across the world. Even B-Town celebs couldn’t resist giving rave reviews to the film. The team of the film is enjoying all the praises from biggies.

Especially the lead couple of the film, Prabhas and Anushka Shetty have been appreciated immensely by the audience. Along with fierce war scenes and some great visual effects, the movie has a sparkling chemistry between the two of them.

And to much delight of their fans, there are chances to see the couple again sharing the screen space very soon.

It is known to all that after dedicating his five long years to SS Rajamouli’s Baahubali, Prabhas has signed his next film which is Saaho. According to a report of Bollywood Life, a source says that the makers of the action-thriller Saaho are in talks with Anushka Shetty for the female lead role of the film.

Earlier, there were reports that Bollywood actresses like Katrina Kaif and Shraddha Kapoor were approached for the film. But now with Anushka being considered for the role, it has created excitement in their fans.

Baahubali – Devasena couple might be a fresh jodi for the Bollywood fans. But for the people there in South, it is already a loved on-screen couple. Before the Baahubali series, they have worked together in films like Mirchi (2013) and Billa (2009).

Saaho is going to be an action flick whose teaser was attached to Baahubali 2. Directed by Sujeeth, the film is going to be released in languages like Tamil, Telugu, Malayalam and Hindi.