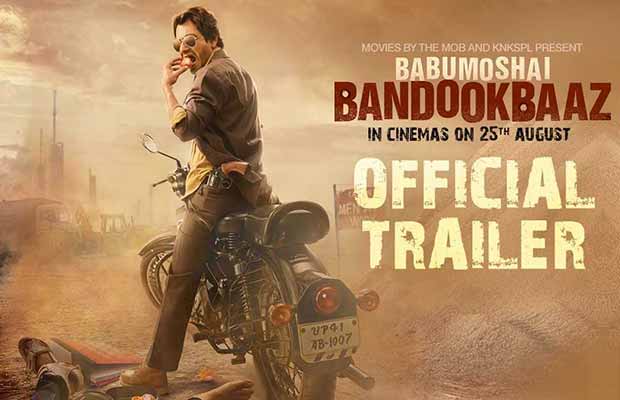 Nawazuddin Siddiqui is the man whose acting prowess has matched legendary proportions in the last few years. Moreover anything, he surely knows how to justice the roles that are grounded and unabashedly desi. Here comes one more for the audience to watch out for. The much-talked trailer of Nawazuddin Siddiqui’s upcoming film Babumoshai Bandookbaaz is out.

The trailer is filled with humor and romance. It is a quirky ride into the life and times of a small time contract killer, Babu, played by Nawazuddin Siddiqui. What has caught our attention is Nawazuddin’s badas* avatar. For the first time, the actor will be seen in never seen avatar. The actor is seen indulged into steamy scenes, which he has never done in any of his film earlier. Well, versatility is seen as the hallmark of the acting craft, and Nawazuddin is the perfect example of it.

Babumoshai Bandookbaaz is a story about a small time contract killer, Babu, played by Nawazuddin Siddiqui, the number 1 contract killer, whose reputation is at stake when a rival, Banke, comes on the scene. Having got contracts to kill the same 3 people, they decide to play a game. Whoever kills more, becomes the undefeated number 1.

But unknown to them another game is being played and Babu needs to make sure he is neither a target nor a pawn.

Babumoshai Bandookbaaz is hitting cinemas on 25th August. Be ready to get bandookbaazed!