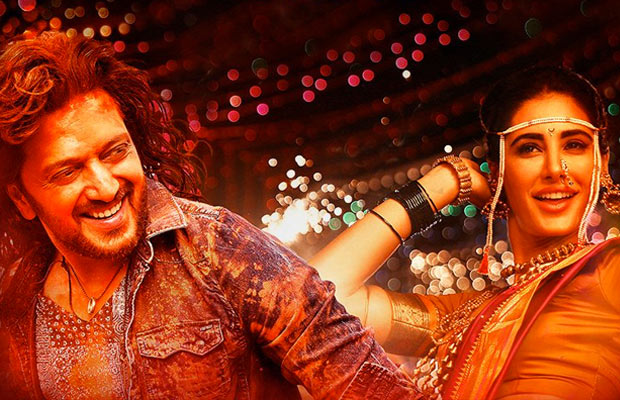 Riteish Deshmukh and Nargis Fakhri starrer Banjo’s trailer is finally out. The story revolves around Riteish’s character Taraat and the instrument he plays, Banjo.

The trailer deals with how Banjo is not much considered as a big musical instrument. Banjo is used for several festivals, majorly during Ganesh Utsav. The trailer shows Taraat and his friend’s journey of taking Banjo to an international level. Nargis Fakhri who plays Christina helps them in their journey. She plays a role of DJ in the film. The trailer also shows some romantic moments between Riteish and Nargis. Well, both look good together. Riteish looks quite a stunner with long hair and beard. His look is not less than that of a rockstar.

After doing masala entertainers like Housefull 3 and Great Grand Masti, it feels good to see Riteish doing some serious roles. Also, the background music of the film complements the mood of the film. Well, viewers will get to see a local banjo rockstar thrilling people with his performance.

Ravi Jadhav directed the film Banjo. It also stars Dharmesh Yadav and Aditya Kumar in vital roles. Vishal-Shekhar composed the music of the film, Banjo is slated to release on September 23, 2016.