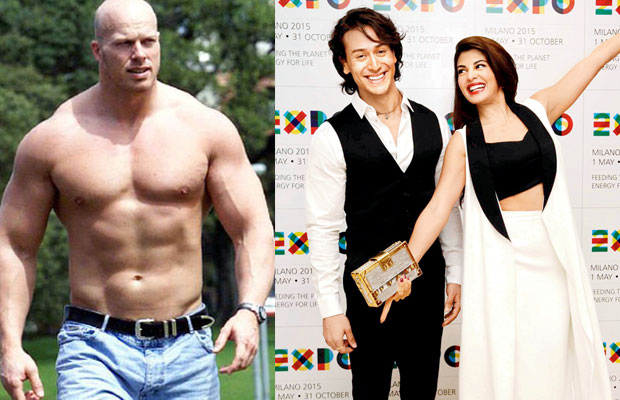 Balaji Motion Pictures’ is going all out to make their superhero film, ‘A Flying Jatt’, one to watch out for ! Starring Tiger Shroff and Jacqueline Fernandez, the film, directed by Remo D’Souza recently announced international action star Nathan Jones as the villain in the superhero flick.

As Nathan Jones arrives in India, to shoot for ‘A Flying Jatt’, the makers are leaving no stone unturned to welcome this International star and ensure his stay is comfortable. Besides ensuring a luxurious stay, special arrangements are in order for the 7 foot world wrestling heavyweight champion.

Nathan Jones will be housed at a five star in Mumbai, as they have been prepping for his arrival for over a fortnight. A customized, separate bed has been crafted for him in a super luxurious suite with ample head room .An insider from the hotel adds “Normal beds are 6 feet long, it is for the first time, that an 8 foot bed is being made. This especially for our international guest.”

Moreover, a premium SUV is being modified with front seats being removed, for Nathan’s journey within the city. Nathan’s Hollywood agents have been working with the Balaji team, to ensure the requirements are being met with. It’s the first time beds, cars and rooms are being remodeled for the international wrestler star.Says Remo, “Nathans physique is unique that befits the super villain’s character in the film spot on. We waited for months to rope him in and wouldn’t want a thing to be amiss during his stay”

Directed by Remo D’ Souza, the film stars Jacqueline Fernandez and Tiger Shroff in the lead roles. The shooting of the film will began from this month as the makers of the film were totally focused on the training earlier.