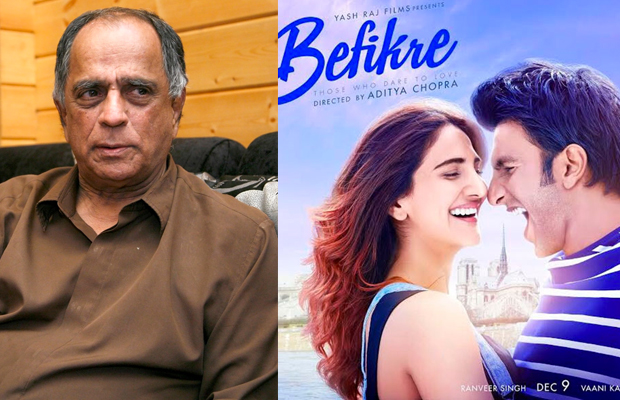 Although the Central Board of Film Certification must have given Befikre a smooth passage during its test by the Censor Board, it says that the same wouldn’t be aired at the television premiers. The way the film has been shown wouldn’t be the same for TVs.

The song “Labon Ka Karobaar” that opens with credits, shows a dozen of couples of various ages kissing. This song will not be aired on TV says the CBFC Chief, Pahlaj Nihalani.

When Pankaj Nihalani was asked about Befikre getting easily approved, he said that the song was passed on only one condition that it will be cut down whenever premiered on television.

Adding more to that, he said that the censor protocol is very flexible and is strictly followed. He said that there have been talks about other producers getting confident about similar kind of kissing scenes getting easily passed in their films. Well, he said that there is no such opening of the floodgates happening after Befikre. Every intimate shot and kissing scene has been treated by the Censor Board on its own merit said the Chief.

After being in the controversies during Udta Punjab and Ae Dil Hai Mushkil, this act of Censor Board was quite shocking.

Let’s wait for the Befikre television premier and see how the film looks like after getting its most talked about song being chopped from the film.