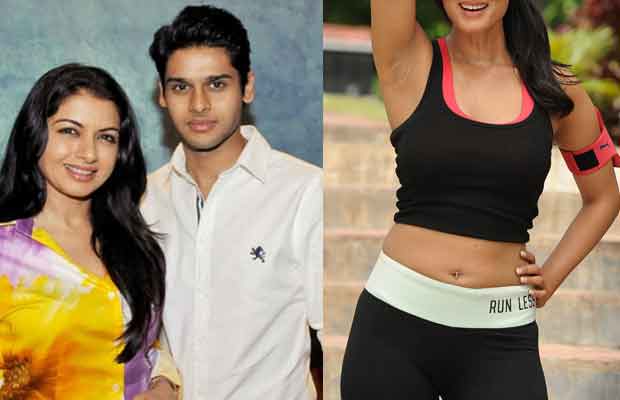 The suave star kid has been sighted with this B-Town chick.

Abhimanyu Dassani, the son of actress Bhagyashree and business entrepreneur Himalaya Dassani is all set to make his debut with Phantom Films, the production house owned by filmmaker-director Anurag Kashyap. The movie is a long way away from release but young Mr. Dassani is already making the news.

He has been sighted with Sonal Chauhan, the hot girl who debuted alongside Emraan Hashmi in the 2008-released movie Jannat. Both the actors have been spotted together at many party venues in Mumbai. It has been speculated that the young couple has been in a relationship after they were introduced to each other one year ago. They have been seen spending time with each other many times. Although the speculations are close to true, no comments from either Abhimanyu or Sonal have been received. It seems that both the actors’ plan to keep it private. But, do they not know professional and personal lives of celebrities can never be kept as a secret?

Reports indicate that Abhimanyu celebrated his birthday with the actress in February and they went together to Justin Beiber’s concert too. Sonal has earlier been romantically linked with Siddharth Mallya and she was also dating actor Neil Nitin Mukesh before him. Never has Sonal commented on her romantic linkups before and it seems she wouldn’t speak this time too.