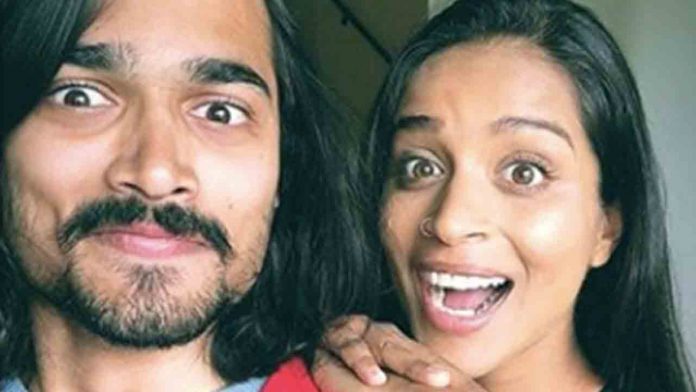 Digital sensation Bhuvan Bam has collaborated with Superwoman for a fun vlog.

Superwoman aka Lily Singh is one of the most followed and popular Youtube sensations, while Bhuvan Bam is the biggest digital content creator in India.

Bhuvan Bam took to his twitter handle and tweeted,”Absolute pleasure meeting this gorgeous bawse. @IISuperwomanII and I have so much in common which includes ‘hair obsession’ #BBxLilly #ComingSoon”

To which Superwoman aka Lily Singh replied saying,”Pleasure was mine you hilarious and talented human x”.

Superwoman is the pioneer of playing multiple characters herself and Bhuvan is the trendsetter of the same here in India.

The Duo have brought a few characters together to do a fun sketch which shall get unveiled in July.

Both Superwoman and Bhuvan Bam are number 1 in their genres.

After winning hearts across the world with his comical content and soulful songs ‘Teri Meri Kahani’, ‘Sang Hoon Tere’ and recently released ‘Safar’, Bhuvan is all set to enthrall the audience with his vlog with superwomen.

Bhuvan Bam is India’s most followed content creator with millions of followers. The internet sensation recently released his third song receiving immense appreciation from all quarters.